Sen. Elizabeth Warren (D-MA) has called on the Department of Justice to investigate poultry companies for the spike in turkey prices this year, suggesting that the high prices are a result of collusion between the companies instead of the record high inflation levels.

In a letter to Assistant Attorney General Jonathan Kanter, Warren wrote, in part:

As poultry companies report record profits, hand out executive pay raises, and spend billions on stock buybacks and dividends, I am requesting that the Antitrust Division of the Department of Justice (DOJ) examine how poultry companies’ anticompetitive practices raise costs for American families and lower wages for American farmers — all while enriching poultry executives and shareholders.

The heavily concentrated poultry industry, in which the top four companies (Tyson, Pilgrim’s Pride, Perdue, and Sanderson Farms) control over half of the market, has seen disproportionate price increases this year. In May 2021, processed-poultry prices jumped to an all-time high. … And with the holidays approaching, American families are feeling these price increases at the grocery counter.

Lack of competition in the poultry industry is allowing these massive companies to squeeze both American consumers and farmers to fuel record corporate profits and payouts to shareholders. When companies have monopoly power as massive suppliers, they can jack up prices of the goods they sell.

Warren dismissed the idea that the price increases are a result of inflation in a press release. However, May 2021 — when Warren says “processed-poultry prices jumped to an all-time high” — was the first month after inflation had surged to record high levels, reaching the highest level since before the Great Recession.

In fact, the surge in inflation appears to be the main variable that has dramatically changed since the market share of the biggest poultry companies has remained fairly stable in recent years.

The inflation crisis has additionally continued to worsen since May. According to the Department of Labor, inflation hit its highest annual rate in over 30 years in October, increasing 6.2% from October 2020 to October 2021, the fastest annual rate since 1990.

“Several factors contributed to the increase in average cost of this year’s Thanksgiving dinner,” American Farm Bureau Federation Senior Economist Veronica Nigh explained. “These include dramatic disruptions to the U.S. economy and supply chains over the last 20 months; inflationary pressure throughout the economy; difficulty in predicting demand during the COVID-19 pandemic and high global demand for food, particularly meat. … The trend of consumers cooking and eating at home more often due to the pandemic led to increased supermarket demand and higher retail food prices in 2020 and 2021, compared to pre-pandemic prices in 2019.” 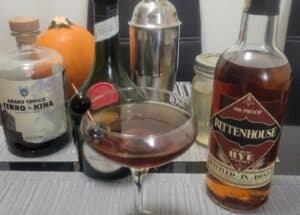