Sen. Tom Cotton Says Dems Will Have to Answer to Voters About 'Indoctrinating' Children With CRT

During an appearance on Fox & Friends on Thursday, Senator Tom Cotton said that the Democrats will have to answer to voters at the ballot box about their support for “un-American” Critical Race Theory

The Arkansas senator blasted the notion that people’s tax dollars should go to “indoctrinate children to think America is a racist nation.”

The comments come after senate voted in support of his amendment in the budget reconciliation package prohibiting federal funds from being used to promote CRT in Pre-K programs and K-12 schools.

“A majority of the Senate passed a bill that would prohibit federal funds from being used to indoctrinate children with critical race theory. I think that’s very significant because so many Americans are opposed to the un-American principles of critical race theory that the most important thing about us is our race or that some races are inherently privileged, others inherently victimized,” Sen. Cotton said during his appearance.

Though the amendment passed, Sen. Cotton pointed out that it was with the “thinnest majority possible.” West Virginia Sen. Joe Manchin was the only Democrat to cross party lines and support it.

“It was the thinnest majority possible. 50 to 49 and all 49 of those Democrats are going to have to answer at the ballot box, some of them as early as next year, about why they think your tax dollars should go to indoctrinate children to think America is a racist nation,” the senator said.

In a statement released when he proposed the bill, Sen. Cotton said that “our future depends on raising a generation of kids who love America and love each other as fellow citizens, no matter their race. But Critical Race Theory teaches that our country is irredeemably racist, that ‘equality’ is a sham, and that true justice requires treating everyone differently—based on the color of their skin. Our tax dollars should never support indoctrinating the youngest Americans with such poison.”

At least 30 school districts across 15 states have assigned a CRT-inspired book, Not My Idea: A Book About Whiteness, which depicts “whiteness” as the devil, luring children with the promise of “stolen land [and] stolen riches.”

SCOOP: At least 25 public school districts in 12 states are now teaching "Not My Idea," a book that claims "whiteness" is the devil, luring children with the promise of "stolen land [and] stolen riches." 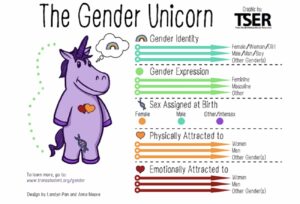