Senator Rand Paul has vowed to investigate Dr. Anthony Fauci if Republicans win back the Senate in the midterm elections.

The Kentucky senator and National Institute of Allergy and Infectious Diseases leader have frequently clashed throughout the pandemic.

Sen. Paul, who is also a doctor, is expected to become the chairman of the Senate Health, Education, Labor & Pensions (HELP) Committee if the GOP retakes the Senate.

“If we win in November, if I’m chairman of a committee, if I have subpoena power, we’ll go after every one of [Fauci’s] records,” Paul said during an interview with Lisa Boothe, according to a report from The Hill. “We’ll have an investigator go through this piece-by-piece because we don’t need this to happen again.”

Last month, Fauci accused Paul of personally attacking him for “political gain” and “distorting everything he says.” He also claimed that the tough questions from the senator have led to threats against his life.

In November, Sen. Paul demanded Fauci’s resignation during his testimony before the Senate Committee on Health, Education, Labor & Pensions.

The senator accused Fauci of changing the definition of “gain of function” research on the agency’s website to “cover your a–.”

Rand Paul to Dr. Fauci: “Until you accept responsibility, we’re not going to get anywhere close to trying to prevent another lab leak of this dangerous sort of experiment. You won’t admit that it’s dangerous, and for that lack of judgment, I think it’s time that you resign.” pic.twitter.com/pwa3wbQ1jq

“Dr. Fauci, I don’t expect you today to admit that you approved of NIH funding for a gain of function research in Wuhan, but your repeated denials have worn thin,” Paul told Fauci.

“The facts are clear. The NIH did fund gain of function research in Wuhan despite your protestations,” continued Paul, adding that Fauci’s “persistent denials … are not simply a stain on your reputation but are clear and present danger to the country and to the world.”

Fauci claimed that the viruses studied in Wuhan with funding from the NIH “could not possibly have turned into SARS-CoV-2” — which Paul argued was misleading because that was not the allegation he made. What he had said was that their work “could cause a pandemic even worse the next time.”

The NIH website previously had a section that discussed and defined gain of function research, saying that it is “a type of research that modifies a biological agent so that it confers new or enhanced activity to that agent.” That section was removed from the website on October 20.

Sen. Rand Paul Says Dr. Fauci Was Trying to ‘Cover His A–’ Over Gain of Function Research, Demands Resignation

“There’s the preponderance of evidence now points towards this coming from the lab and what you’ve done is change the definition on your website to try to cover your ass,” Paul asserted.

Fauci argued that the current definition of gain of function research was created by outside parties, to which Sen. Paul asserted that he is evading responsibility.

“You won’t admit that it’s dangerous. And for that lack of judgment, I think it’s time that you resign,” Paul said. 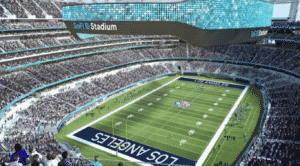