Sen. Rand Paul Says He is Canceling DirectTV Service After They Dropped One America News

In a tweet about his cancelation, Sen. Paul asked, “why give money to people who hate us?”

.@DIRECTV is cancelling @OANN so I just cancelled my home Direct TV. Why give money to people who hate us?

DirecTV satellite service, owned by AT&T Inc. and TPG Inc., said in a statement on Friday that it has informed Herring Networks, the owner of OANN, that “following a routine internal review,” DirecTV does not “plan to enter into a new contract when our current agreement expires.”

As Timcast previously noted, while no specific reason for the decision to let the contract expire, the move comes only days after President Joe Biden made a plea to media companies to censor certain information contradictory to his administration.

The NAACP also met with AT&T last year to encourage the company to drop the conservative network.

NAACP President Derrick Johnson said in a statement in October of 2021, “AT&T is directly supporting efforts that undermine our democracy and suppress our right to vote. It’s reprehensible.”

Sen. Paul was not alone in condemning DirectTV. Other Republican lawmakers have also slammed the service for dropping One America News.

Colorado Rep. Lauren Boebert pointed out, “pretty convenient that this comes within a week after Biden begged companies to silence ‘misinformation’, meaning his opposition.”

DirectTV decided not to renew their contract with OANN.

Pretty convenient that this comes within a week after Biden begged companies to silence “misinformation”, meaning his opposition.

I stand with @OANN!

According to a report from Reuters, the bulk of the network’s income comes from AT&T, which owns and operates DirecTV.

One America News will still be available on Verizon Fios and other smaller carriers. It will also be streaming online through the service KloudTV. 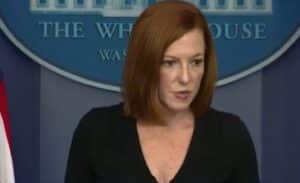