Manchin has been under fire from his party for refusing to support the massive “Build Back Better” spending plan. He recently suggested he may switch his affiliation to Independent if his centrist policies continue to be a problem for the Democrats.

“The only thing that was ever said that we’ve ever talked about if I’m an embarrassment to my, my Democratic colleagues, my caucus, the president being the Democratic leader of the Democrat Party, Chuck Schumer and all them,” Manchin said. “I said me being a moderate centrist Democrat, if that causes you a problem let me know and I’d switch to be an independent, but I’d still be caucusing with Democrats.”

Speaking on Fox News Channel’s “Sunday Night in America,” Lee invited Manchin to his party and said that he looks forward to “embracing him when he joins our caucus.”

“Look, there is still plenty of time he could still switch parties if he wants to,” Lee said. “I encourage him to do so. There is no reason why he belongs with the party of inflation, why he belongs with the party of lawlessness, why he ought to remain with the party that is harassing him, intimidating him, belittling him at every turn just so they can fundamentally remake the American economy and American society. No, look, Joe Manchin absolutely should leave the Democratic Party, and I look forward to embracing him when he joins our caucus.”

“What they see here is a chance to make America a little bit more socialist — or a lot more socialist,” he continued. “What they see is if they belittle him and intimidate him enough that somehow he will relent. That is, of course, not going to happen. Joe Manchin has got backbone, and he’s got principles, and he’s also got constituents.”

Host Trey Gowdy added, “honestly, why wouldn’t he? Joe Biden didn’t carry a single county in West Virginia. Joe Manchin has nothing in common with the squad, so why would he vote like the squad?” 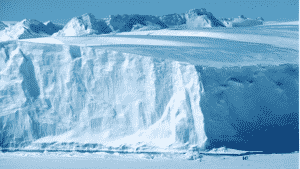