A tentative agreement has been reached with the Seattle Education Association (SEA), ending a strike that began on Sept. 7, the first scheduled day of classes for Seattle Public Schools (SPS).

“This was an incredible effort by both teams and we put the needs of our students first. I want to thank everyone on both bargaining teams who work so diligently to come to a resolution,” Seattle Public Schools Superintendent Dr. Brent Jones said in a recorded statement. “There is no doubt that SPS and the educators union share a common commitment to supporting our students.”

SEA said that 78 percent of its members voted and 57 percent approved a motion to suspend the strike.

Hi SEA,
We came together and showed our strength on the picket lines and in our community, and now the membership has made our voices heard that we're ready to get back to our students.

78% of the members voted and by 57% approved a motion to suspend our strike.

Jones said that the district remained steadfast in its desire to provide students with a “quality and equitable education.”

“We stuck together, made our strength and unity known, and our action worked,” SEA said in a statement after reaching the agreement.

“Our solidarity on the picket lines and the enormous community support we received made all the difference,” the statement read. “We should all be proud of what we accomplished and what we stood up for: student supports and respect for educators.”

The district said in its statement that five days will need to be made up during the school year, and that the district and SEA will negotiate and select those dates together.

“I know this bargaining process has caused far more strain than necessary. I thank you for your patience. As we’ve navigated these waters, let’s allow this to be a time of turbulence for our scholars,” Jones said. “It’s time to come together and put our focus on rebuilding trust within the SPS community. I’m ready to do the work.” 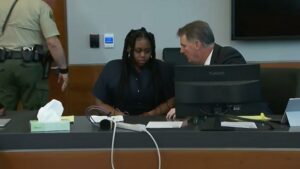