Students at Seattle Public Schools (SPS) walked out of their classes on Monday to protest against the mask mandate being lifted.

During the protest, the teenagers chanted, “What do we want? Mask mandates. When do we want it? Now.”

Over 200 Seattle Public Schools students have walked out in protest of the district’s decision to lift the mask mandate. They argue that the district is prioritizing politics over their health pic.twitter.com/ULQ04KIVYV

Mask requirements in the district were lifted last week.

“The newly formed Seattle Student Union, a group of student activists that organized the rally, have been demanding stronger safety protocols since January, including district-issued high-quality masks. The group has been threatening a walkout since Gov. Jay Inslee announced plans to end mask requirements in schools, child care facilities, and most other businesses,” the Seattle Times reports.

The student group sent letters to the governor and school board last week, demanding that mask requirements continue.

“It is not fair that I have a teacher who is immunocompromised and has to take care of her elderly grandmother and now she has to be scared every single day coming into the building to teach us and nurture us and do what she loves,” the sophomore at the Center School said during the rally, according to the Times report. “That is injustice.”

SEATTLE: Students Walk Out of Classrooms Over Lifting of Mask rules pic.twitter.com/DAYO3CMMeo

The Seattle Education Association, the local teachers union, supported the protest and held their own on Friday.

“We watched as students in our classrooms grappled with the implications of this change on their lives and the lives of their families and friends who are immunocompromised or unvaccinated,” the SEA said in a statement. “Students were not given any voice in this change or how it would be implemented.” 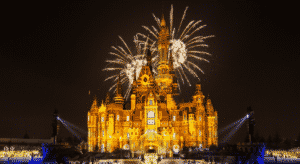