The new law is set to take effect Dec. 21

The U.S. Supreme Court has denied an emergency request by major tobacco companies to block a ban on flavored tobacco products recently passed by a California state ballot initiative.

Gov. Gavin Newsom signed the legislation into law in 2020, but the Sacramento County Superior Court stopped the law from taking effect following a petition by tobacco companies who sought to make it an initiative on the 2022 general election ballot.

Proponents of the bill argue that it protects youth from early nicotine addiction, as well as black communities that often buy menthol flavored tobacco. Opponents say the bill strips away individual rights and will lead to more crime due to illegal sales of flavored tobacco products once the law takes effect on Dec. 21.

After voters approved the measure, R.J. Reynolds Tobacco Company, along with an organization that represents tobacco retailers, sued to block the state from allowing the ban to take place.

“An injunction will preserve the decades-old status quo, thereby allowing this court time to decide the merits without letting loose the grave irreparable harm that California’s law will inflict,” attorney Noel Francisco wrote in the appeal. Without court intervention, he argued, tobacco companies “will be shut out of one of the nation’s largest markets for flavored tobacco products.”

Supreme Court Justice Elena Kagan offered no explanation for the Court’s denial of the emergency request and there were no dissents from other Justices.

California and Massachusetts are the only two states in the country that have banned the sale of flavored tobacco products. 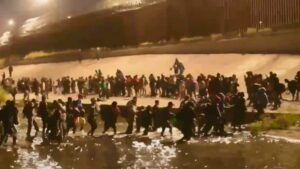