SCOTUS' Overturn of Roe v. Wade is Inevitable — In the Meantime, Move to a Red State

Roe has been built up as this black and white 'abortion freedom' ruling, but that’s simply not true

It’s hard to put into words the seriousness of what the leaker of Justice Samuel Alito’s draft opinion did and what it means for the Supreme Court and our future as a country.

SCOTUS is in a position where they have to push it forward now — if they do not then the court’s integrity is destroyed.

Roe v. Wade has been built up as this black and white “abortion freedom” ruling, where if it doesn’t exist, neither do abortions. That’s simply not true. Striking Roe would hand the powers back to the states, where they belong — something the Casey ruling already essentially did in 1992.

Roe’s been dead for 30 years. But you have Eric Swalwell saying this will lead to striking down interracial marriage, Elizabeth Warren calling for an insurrection of the Supreme Court, and the President of the United States saying this will somehow segregate gay children. (What?)

No Democrats are reprimanding the leaker, who committed a horrific breech of trust and should be universally denounced. Instead, they are celebrating it and looking to exploit it: Adam Schiff called to pack the court and Bernie Sanders said they’ll end the filibuster.

I don’t care how the draft leaked. That’s a sideshow.

What I care about is that a small number of conservative justices, who lied about their plans to the Senate, intend to deprive millions of women of reproductive care.

Codifying Roe isn’t enough. We must expand the court.

Congress must pass legislation that codifies Roe v. Wade as the law of the land in this country NOW. And if there aren’t 60 votes in the Senate to do it, and there are not, we must end the filibuster to pass it with 50 votes.

The opinion will be released in June. It will take a Constitutional Amendment — requiring two-thirds of both the House and three-fourths of the states — to undo it. Roe cannot be codified after it’s struck down, an action tantamount to codifying Plessy v Ferguson because you didn’t like Brown v The Board of Education.

The Democrats destroyed their own cities over a drug dealer and again over a vaccine that we learned yesterday from the Pfizer dump (that ironically happened at the same time as the Roe leak) has a 12% efficacy.  They lied, they cheated, they stole — and all for power.

When they realized in April that could no longer outsource their stranglehold on free speech through social media, they announced what is essentially a ministry of truth that will certainly be written into Section 230 of the Communications Decency Act.

We are beelining into recession showing —1.4 growth last quarter. Two quarters of that means recession. The poll numbers are horrendous, people are still out of work or held hostage by ridiculous mandates, inflation is record high, and you can’t afford gas to get to your job to feed your kids.

So what did they do? Leaked the political A-bomb.

None of the real concerns matters anymore, because “millions will die” — if they have accountability.

Of course, none of this is true. All states can’t do right now are total bans — although Mississippi might opt for it, barring rape, incest, health — but otherwise nothing will change.

Some states will cut off at six weeks; others at 15. The monsters among us will not only still have abortion on demand in California and Colorado, but they can still get it right up to birth like total psychos.

If anything, “sanctuary abortion states” will emerge where women can go to end their babies’ lives without regulation.

We have 50 states: that’s 50 legislatures making 50 decisions on when life begins that reflect their state. (Roe allowed for this in second & third trimesters; Casey in 1st.)

So this leak is over something that hasn’t existed in 30 years but Democrat voters are stupid, their men are weak, and their women are too emotional, lazy, and gullible to accept this despite having literally never read any of these rulings for which they “march.”

Our country could use a divorce, but that means relinquishing unthinkable levels of power and influence. We are in uncharted waters and it’s about to get much more ugly. Standby. Stay present. Stay vigilant. And get to a red state. 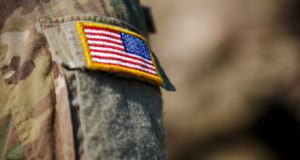