Researchers in Japan have pioneered a groundbreaking new biotechnology that triggers the human body’s immune system to attack cancer cells, marking a potential huge leap forward in the treatment of various types of cancers.

For the first time ever, scientists used artificial DNA to target and kill cancer cells, a method proven effective in lab tests against human cervical and breast cancers, as well as malignant melanoma cells from mice.

Current cancer treatments often prove challenging because it is difficult to make the nucleic acids differentiate between cancer cells and healthy cells, meaning there is a risk of adversely affecting the patient’s immune system if healthy cells are targeted, the team of researchers explained.

But, their new treatment uses a hairpin-shaped DNA strand to activate a natural immune response in a patient that allows the human body to mount an immune response to target and kill only specific cancer cells, leaving healthy cells intact.

“We thought that if we can create new drugs that work by a different mechanism of action from that of conventional drugs, they may be effective against cancers that have been untreatable up to now,” Akimitsu Okamoto, professor at the University of Tokyo’s Graduate School of Engineering, who led the team of scientists, said in a press release.

When the DNA pairs are injected into cancer cells, they connect to microRNA molecules in certain cancers, then unravel and join together to form longer chains of DNA, which trigger the body’s immune response.

During testing, the immune response killed the cancerous cells and prevented any further growth of cancerous tissue.

“The results of this study are good news for doctors, drug discovery researchers and cancer patients, as we believe it will give them new options for drug development and medication policies,” the team of clinicians said. “Next, we will aim for drug discovery based on the results of this research, and examine in detail the drug efficacy, toxicity and potential administration methods.”

More steps need to be completed before the treatment is commercialized, but the team is optimistic about the potential for this new biotechnology to eventually come to market. 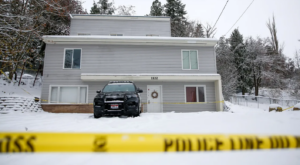