Sarah Palin to File New Defamation Suit Against the New York Times, According to Reports

Former Gov. Sarah Palin is planning to file a new defamation lawsuit against the New York Times, according to reports.

Palin’s previous libel lawsuit against the newspaper was dismissed by a Manhattan jury earlier this month.

“A Manhattan judge said Wednesday that lawyers for Former Alaska Gov. Sarah Palin are seeking a new trial on her defamation claims against The New York Times, along with his removal from the case,” The Associated Press reports. “U.S. District Judge Jed S. Rakoff made the disclosure during a brief telephone conference with lawyers.”

In June 2017, the same day that a leftist shot Rep. Steve Scalise during a congressional baseball practice, the Times ran an op-ed headlined “America’s Lethal Politics.” The article falsely claimed that Palin’s PAC had shared a map with 20 Democratic lawmakers, including Giffords, in “stylized crosshairs” before her shooting.

The article additionally claimed that “the link to political incitement was clear.”

The judge ruled that Palin failed to prove that the editor acted with “actual malice” before the jury had even returned their verdict.

The Supreme Court set the “actual malice” standard in the case of New York Times v. Sullivan 58 years ago. Justices Clarence Thomas and Neil Gorsuch have wanted to revisit that standard.

After the judge ruled in their favor, The Times published a statement from its spokeswoman, Danielle Rhoades Ha, who said Rakoff’s decision was “a reaffirmation of a fundamental tenet of American law.”

“Public figures should not be permitted to use libel suits to punish or intimidate news organizations that make, acknowledge, and swiftly correct unintentional errors,” Ha said. 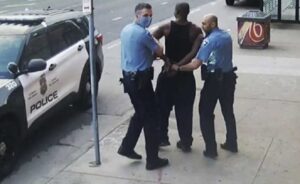