The district said it received complaints from Native Americans

The district said members of the Native American community expressed concern about the term.

Officials told the San Francisco Chronicle that over 10,000 employees in the district from a variety of roles have been part of the discussions about the term. A new term to replace the word “chief” has not yet been selected.

“By changing how we refer to our division heads we are in no way diminishing the indispensable contributions of our district central service leaders,” noted SFUSD spokeswoman Gentle Blythe.

At least 13 officials in the district have a title that includes the term “chief” including a chief technology officer, a chief of staff, and a chief academic officer.

According to The New York Post, “the San Francisco Bay Area is home to several indigenous communities, with the Ohlone people being the predominant group.”

While the word “chief” has been associated with Native Americans as an abbreviated form of the word “chieftain,” the term’s origins are from Europe. It derives from the Old French term ‘chef’ and Latin term ‘caput’ which both refer to the head of a group.

Forgoing the word ‘chief’ in job titles is not the first effort the SFUSD has made to acknowledge indigenous communities.

The Washington Examiner notes that the district board meetings always begin with a “land acknowledgment” – or a formal reading of a statement “that recognizes the Indigenous peoples who have been dispossessed from the homelands and territories upon which the District is built, currently occupies and operates in.”

The school district did not say when they would alter the titles to reflect their announcement.

Similar efforts were made in Duluth, Minnesota, in June of 2020. Citing concerns about offending Native American residents, Mayor Emily Larson campaigned for the adoption of an ordinance that would have changed the title “chief administrative officer” to “city administrator” and  “chief financial officer” to “finance director.”

The City Council delayed voting on the issue and subsequently “received dozens of emails from constituents and out-of-towners in the days since her appeal, including many pointing out the word’s Latin etymology and widespread use in military and corporate contexts,” per the Star Tribune. 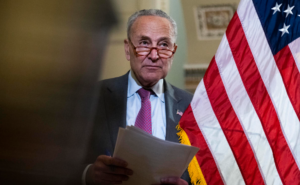