San Francisco has closed a location of the wildly popular In-N-Out Burger chain after the company refused to act as “vaccination police for any government.”

The burger giant would not comply with the city’s vaccine requirement that went into place on August 20.

The restaurant near Fisherman’s Wharf was temporarily closed on October 14 by the San Francisco Department of Public Health because “employees were not properly checking for customers’ vaccination documentation.”

“We refuse to become the vaccination police for any government. It is unreasonable, invasive, and unsafe to force our restaurant associates to segregate customers into those who may be served and those who may not, whether based on the documentation they carry, or any other reason,” In-N-Out Chief Legal & Business Officer Arnie Wensinger said in a statement. “We fiercely disagree with any government dictate that forces a private company to discriminate against customers who choose to patronize their business. This is a clear government overreach.”

According to the city mandate, “all restaurants, bars, clubs, gyms and large indoor events” must “obtain proof of vaccination from patrons and employees to protect against the coronavirus.”

According to a statement from health officials, they had first visited the location on September 24, telling the chain that they must comply with the mandate. They returned on October 6 to find that the restaurant was still refusing to do so and issued a notice of violation.

“Since then, public health inspectors had attempted multiple times to bring the business into compliance with the health order. In-N-Out Burger had not complied by the time the final Notice of Violation and a Notice of Closure was issued,” the department said in a statement.

On October 14, the restaurant was issued a Notice of Closure, which “instructed to cease all operations on site immediately because of the threat it poses to public health.”

The chain has since reopened with indoor dining remaining unavailable, the company said in a statement to Newsweek. 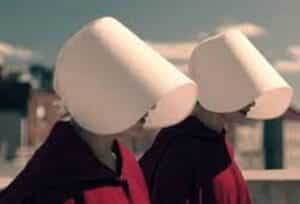