The left is once again eating itself as they attempt to cancel Handmaid’s Tale author Margaret Atwood for tweeting an article critical of the transgender agenda.

Atwood, a feminist icon, has been put on blast for tweeting a column from The Toronto Star titled “Why Can’t We Say Woman Anymore?”

The opinion piece on the erasure of women by journalist Rosie DiManno panned the efforts to replace the word “woman” with terms like “person with a vagina,” “person who menstruates,” and “person with a cervix.”

“‘Woman’ is in danger of becoming a dirty word … struck from the lexicon of officialdom, eradicated from medical vocabulary and expunged from conversation,” DiManno wrote. “Which is a bitchy thing to do to half the world’s population.”

DiManno concluded, “I am woman and I am roaring.”

The response to the tweet has been very similar to the backlash that Harry Potter author J.K Rowling has faced for repeatedly demanding that women exist.

Oh look you’re angry language is finally starting to include people like me.

I hear JKR is looking for friends. You can sit at her table.

Atwood was promptly branded a “TERF,” or “trans-exclusionary radical feminist,” which ironically is a concept that was addressed directly in the article that she had shared.

“Rowling was branded a TERF — activists do like their neologisms — meaning trans exclusionary radical feminist. As if she was hostile to the trans movement, which she assuredly is not. Some bookstores removed her work from their shelves. Were she not a gazillion-selling author, Rowling could have lost her publisher,” DiManno had written.

Trans-activist Niko Stratis did not hesitate to brand Atwood with the term.

Atwood responded to two of her detractors by telling them to actually go read the article that she had shared.

As Timcast previously reported, the Women’s March has also recently disavowed the use of Handmaid’s Tale costumes and imagery — because too many white women use it.

“Handmaid’s Tale imagery has proliferated, primarily by white women, in recent years. This message erases the fact that Black, undocumented, incarcerated, poor, & disabled women have always had their reproduction controlled in America. It’s not some dystopian future or past,” the Women’s March tweeted.

Handmaid’s Tale imagery has proliferated, primarily by white women, in recent years. This message erases the fact that Black, undocumented, incarcerated, poor, & disabled women have always had their reproduction controlled in America. It’s not some dystopian future or past. 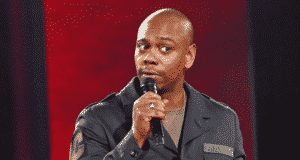