San Francisco and New York State have now both declared heath emergencies over breakouts of the monkeypox virus as cases climb and vaccines are limited.

San Francisco’s emergency declaration is a legal action that mobilizes city resources, accelerates emergency planning, streamlines staffing, and allows the city to have its costs reimbursed in the future by state and federal governments.

“San Francisco showed during COVID that early action is essential for protecting public health,” San Francisco Mayor London Breed said in a statement. “We know that this virus impacts everyone equally – but we also know that those in our LGBTQ community are at greater risk right now. Many people in our LGBTQ community are scared and frustrated. This local emergency will allow us to continue to support our most at-risk, while also better preparing for what’s to come.”

“Based on the ongoing spread of this virus, which has increased rapidly and affected primarily communities that identify as men who have sex with men, and the need for local jurisdictions to administer vaccines, I’ve declared monkeypox an Imminent Threat to Public Health throughout New York State,” State Commissioner of Health Dr. Mary T. Bassett said in a statement.

Currently, San Francisco has 261 confirmed cases of monkeypox. There are 700 reported cases in California. New York has 1,341 confirmed monkeypox cases. Globally, there have been more than 21,000 confirmed cases, according to the latest data from the CDC.

Unlike COVID-19, monkeypox is not a respiratory virus and spreads through skin-to-skin contact. It can also spread through sexual intercourse.

As health experts have warned, monkeypox is primarily impacting the gay community.

The New England Journal of Medicine published a study showing that around the world, 98 percent of people infected with monkeypox were gay or bisexual men.

According to the data, 75 percent were white, 41 percent had HIV, and the median age was 38. Transmission was suspected to have occurred through sexual activity in 95 percent of those infected.

The World Health Organization (WHO), on July 27, recommended that gay and bisexual men limit their number of sexual partners to protect themselves and help slow the spread of the virus.

“For men who have sex with men, this includes for the moment, reducing your number of sexual partners, reconsidering considering sex with new partners, and exchanging contact details with any new partners to enable follow up if needed,” said WHO head Tedros Adhanom Ghebreyesus.

San Francisco has announced that it will receive an additional 4,220 vaccines to treat the outbreak. The heath department initially requested 35,000 vaccines, but has only received about 12,000.

In addition to vaccination, officials have recommended other steps individuals can take to mitigate the risk of monkeypox, including: 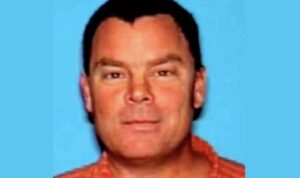 Former CNN Cameraman Sentenced to Six Months of House Arrest for Threatening to Kill Rep. Matt Gaetz and His Family