A Russian-born athlete will compete at Wimbleton despite the tennis championship’s ban on Belarusian and Russian competitors.

Natela Dzalamidze is competing as a Georgian athlete according to the Grand Sam’s entry list. The 29-year-old recently competed under a neutral flag during the French Open.

Wimbledon announced in May that athletes from the two countries will not be permitted to take part because of Russia’s invasion of Ukraine. The ban is more severe than regulations implemented by other tournaments, which generally allow Russian and Belarusian players to compete as neutral athletes and not representatives of their countries.

Players must submit documentation, including a new passport or birth certificate, to change their registered nationality.

“In Natela’s case, she submitted a Georgian passport and ID as she has dual citizenship, and, as a result, her nationality has been officially changed within the WTA system,” the women’s tour (WTA) said in a statement, per the BBC. “This took place prior to the finalisation and release of the Wimbledon entry lists. Wimbledon used the nationalities reflected in the WTA system.”

Dzalamidze’s father is Georgian and she has had a Georgian passport for the last six years, per The Daily Mail. Her request to switch her nationality was approved by the WTA on June 6 – one week before the deadline.

“I am definitely against the situation which is going on in Ukraine,” Dzalamidze said in a statement to The Sunday Times. “I am for peace all around the world and I believe that in the 21st-century people are able to find a diplomatic way to solve the problems. But my decision was made because I am focusing on my career and would like to have the chance to compete at the Olympic Games.”

The All England Club, which oversees the tournament, stated that it was “unwilling to accept success or participation at Wimbledon being used to benefit the propaganda machine of the Russian regime, which, through its closely controlled State media, has an acknowledged history of using sporting success to support a triumphant narrative to the Russian people.”

The governing bodies of tennis, the ATP and WTA, announced in late May that the results of Wimbledon will not factor into international player rankings.

“The ability for players of any nationality to enter tournaments based on merit, and without discrimination, is fundamental to our Tour,” said ATP in its announcement. “The decision by Wimbledon to ban Russian and Belarusian players from competing in the UK this summer undermines this principle and the integrity of the ATP Ranking system. It is also inconsistent with our Rankings agreement.”

Dzalamidze is currently ranked 43rd in the world. She will compete in the singles tournament and will partner with Aleksandra Krunic of Serbia during the women’s doubles. 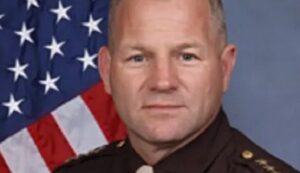