On Wednesday, June 15, Biden signed the Executive Order on Advancing Equality for Lesbian, Gay, Bisexual, Transgender, Queer, and Intersex Individuals asking the US Department of Education and the Department of Health and Human Services to “increase access to gender-affirming care and develop ways to counter state efforts aimed at limiting such treatments for transgender minors.”

In recent months, at least 13 states (including Texas) have introduced bills to limit hormone or surgical gender altering treatments for minors, prohibit biological males from playing on girls sports teams, and/or limit discussions of “gender identity” with very young children in public schools.

Biden’s bill would limit the state’s rights to enact such policies.

“Parents should be the ones raising their kids—not the federal government,” Congressman Nehls told Timcast. “Joe Biden’s Executive order not only indoctrinates our children, it has the potential to permanently damage their mental and physical well-being. The Biden administration, the DOJ, and the media have shown time again that they do not care about rights of parents; they will use any means necessary to push their radical agenda onto the next generation.”

According to an analysis by UCLA in 2016, the so-called “puberty blockers,” which proponents like to argue are “reversible,” may actually have severe long-term consequences.

“Whether blocking puberty is the best way to treat gender dysphoria remains far from settled,” the authors Paul Hruz of the Washington University Medical School and Lawrence Mayer and Paul McHugh of Johns Hopkins Medical School, wrote, “and it should be considered . . . a drastic and experimental measure.”

“There are virtually no published reports, even case studies, of adolescents withdrawing from puberty-suppressing drugs and then resuming the normal pubertal development typical for their sex,” the author’s added. 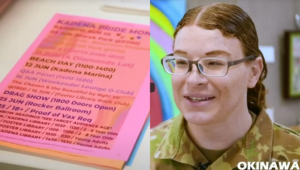