Russia and US To Hold Security Talks on Jan. 10

The United States and Russian officials will meet on Jan. 10 to discuss the mounting tension over Ukraine.

The meeting will be part of the Strategic Security Dialogue previously announced in June by President Joe Biden and President Vladamir Putin. The leaders will discuss arms control agreements, NATO and Russian military activity, and the situation at the Ukrainian border.

The spokesperson did not specify if Biden and his administration would lead the meeting.

“There will be areas where we can make progress, and areas where we will disagree. That’s what diplomacy is about,” the spokesperson said, who declined to be identified.

More than 100,000 Russian troops are stationed along the border of Ukraine. Satellite images have documented the growing military presence even as Russia has denied any plans to invade.

The development “mimics Moscow’s 2014 invasion of Crimea,” says CNBC, noting that the “annexation of the Black Sea peninsula sparked an international uproar and triggered a series of sanctions on Moscow.”

During a call early this month regarding the movement of troops, Putin told Biden that he wanted assurance that Ukraine would not be accepted into NATO.

Since 2002, Ukraine has been seeking entry into NATO. Under the military alliance’s agreement, an attack on one member is considered an attack on the collective.

According to The New York Post, “President Biden on Monday signed a $768 billion defense spending bill that includes $300 million to the Ukraine Security Assistance Initiative to assist Kiev in acquiring the resources needed to counter Russia’s troop buildup. “

Russia has called NATO’s expansion in Eastern Europe a direct threat to its national security.

Russian Deputy Foreign Minister Sergei Ryabkov confirmed the meeting to Reuters and said it would be held in Geneva.

Further talks are planned for Jan. 12 and 13 in Brussels 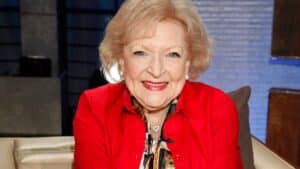