The beloved Betty White will turn 100 on January 17, 2021. The Hollywood legend offered a rare but candid interview this week, letting fans around the world know she is doing well.

White gave a recent interview to People magazine, which is this week’s cover story.

“I’m so lucky to be in such good health and feel so good at this age. It’s amazing,” she told People.

White, whose career has spanned over 76 years, is best known for her iconic roles on The Golden Girls and The Mary Tyler Moore Show. Later in her career, White starred in Hot in Cleveland and the 2009 film The Proposal. She has also been the host of NBC’s Saturday Night Live, among many other cameos throughout her career.

Today, she enjoys a quiet and simple life in her Los Angeles home, playing crossword puzzles and card games.

As a long-time animal welfare advocate, she still supports and advocates for the Wildlife Learning Center, the Monterey Bay Aquarium and Actors and Others for Animals.

White has left a lasting impression on all of her co-stars in each production.

Her co-star in The Proposal, Sandra Bullock, told People, “Timing isn’t easy in comedy because you have to navigate other people’s timing. Betty pivots like I have never seen, making it look seamless. The rest of us just remain silent and pray we’re not cut out of the scene.”

Jeff Witjas, White’s long-time agent and friend, told People, “Betty lives a life of happiness. She always thinks of others first, and she stays positive no matter what, even when I beat her at our favorite game of gin rummy!”

According to White, she picked up a secret from her mother that has sustained her quality of life for so long: “I always find the positive.”

When asked what about how her diet may have contributed to her longevity, White jokes: “I try to avoid anything green. I think it’s working.”

“I have no regrets at all,” she added. “None. I consider myself to be the luckiest old broad on two feet.” 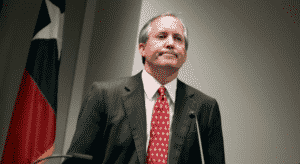