Endo Pharmaceuticals Inc. has reached a settlement with Texas for its role in the state’s opioid crisis.

The company will pay $63 million into the Texas State Qualified Settlement Fund regardless of when the global settlement agreement is finalized. There will also be no rebates or reductions to the payment amount.

“This settlement is the result of my office aggressively working to hold opioid manufacturers accountable for their deceptive marketing of highly-addictive pain pills, which spurred an epidemic and left victims and families with unimaginable consequences,” Paxton said. “This settlement is a necessary step in the right direction, and we will continue to fight to heal our state from this devastating crisis.”

Endo did not admit fault or wrongdoing in reaching the settlement. Two claims against subsidiaries that were set to go to trial next year were resolved as part of the agreement.

After years of negotiating with the three of the largest pharmaceutical distributors, Paxton reached the largest opioid settlement in the history of the United States.

“Texas’ $26 billion Global Prescription Opioid Litigation Settlement Agreement was the first of its kind in the nation and will fund a range of programs to assist Texans struggling with opioid addiction,” reports Just The News. “Opioids are a family of drugs that include prescription painkillers like hydrocodone, oxycodone, and morphine and illicit drugs like heroin.”

“Many lawsuits have been filed against pharmacy chains, drug distributors, and drug makers in recent years as an attempt to ease the current opioid crisis in the United States, which has allegedly been responsible for countless deaths over the past two decades,” per Law Street Media.

According to data from the CDC, accidental drug overdose deaths have increased by nearly 33% this year. 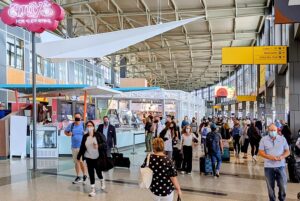 CDC Slashes Recommended Quarantine Time for Some Cases of COVID-19