Russian forces have begun a new offensive in eastern Ukraine, attempting to break through Ukrainian defenses in the Donbas area, according to Ukrainian officials.

“This morning, along almost the entire front line of Donetsk, Luhansk and Kharkiv regions, the occupiers attempted to break through our defenses,” said Oleksiy Danilov, secretary of Ukraine’s defense council.

“They began their attempt to start the active phase this morning,” he added.

Ukrainian President Volodymyr Zelensky similarly said that Russia had launched a new attack in the region that they had “been preparing for a long time.”

“Russian troops have started the battle for Donbas, which they had been preparing for a long time,” Zelensky said. “A large portion of the army has been concentrated to carry out this offensive.”

The United States did not dispute Ukraine’s reports, but said the attacks were “shaping operations” to prepare for a larger attack in the future.

“We still consider what we’re seeing to be a piece of shaping operations, that the Russians are continuing to set the conditions for what they believe will be eventual success on the ground,” Pentagon spokesman John Kirby said.

“We believe that the Russians are shaping and setting the conditions for future offensive operations. We also see that there is active combat going on the Donbas — as there has been for the last several weeks,” he added.

Kirby also said that Russia has brought in additional artillery to the Donbas region, and Ukraine is doing the same. Some of Ukraine’s new artillery will be part of the most recent $800 million in military aid that the Biden administration announced last week.

Kirby added that the artillery was something Ukraine specifically requested, and the shipments have already been sent to Ukraine.

“That authorization from the president was on the 13th [of April],” Kirby said. “The execute order was issued on the 14th. And on the 15th — two days later — the first shipment started arriving in the theater of stuff from that $800 million drawdown package. … That is unprecedented speed — 48 hours after authorization from the president — [the] first plane was on its way. And there have been subsequent shipments since then, almost a half a dozen.” 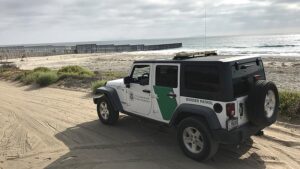