Russia Deploys Sub Armed With 'Weapon of the Apocalypse'

Russian President Vladimir Putin has deployed his nation’s largest submarine, which is armed with a super-torpedo nicknamed the “Weapon of the Apocalypse.”

The sub, named Belgorod, has disappeared from its harbor in the Arctic, prompting NATO to warn member-countries that Russia may be planning to test its “Poseidon” torpedo, which is an intercontinental, nuclear-armed, nuclear-powered, autonomous weapon.

An underwater explosion from a Poseidon nuclear torpedo could trigger 1,600-foot radioactive tsunamis that would destroy coastal cities from hundreds of miles away. The tsunami that destroyed Japanese cities in 2011 stood at a height of just 33-feet, according to the U.S. National Oceanic and Atmospheric Administration (NOAA).

Italian newspaper La Repubblica says there are “no defenses” against Poseidon, and that the recent alarm over deployment of the weapons system came after a NATO intelligence report went out to members, with officials fearing Putin may be about to test the torpedo.

Analysts have claimed the new sub — which was just delivered to the Russian Navy in July — would not be operational until 2027. But, some military experts believe Putin could test or use the weapon if he feels his military is losing in conflict.

Rebekah Koffler, strategic intelligence expert, says the Kremlin could use the sub as a last resort “in the event that Russia and the U.S. are in a direct kinetic war and Russia is losing,” she said, according to Yahoo News.

She added that Russian subs have some of the best stealth capabilities on the planet, noting several times when “Russian nuclear-powered attack submarines, armed with long-range cruise missiles, operated undetected for weeks close to U.S. shores.”

The Poseidon is the biggest torpedo ever developed, according to H.I. Sutton, submarine expert.

It can operate at depths of 3,300 feet and its onboard nuclear reactor gives the autonomous torpedo nearly unlimited range.

The stepped-up military activity also follows comments Putin made last month, when he warned the world his threat to employ a first-strike nuclear attack was “not a bluff.” 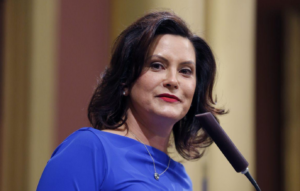