Russia Begins War Games With China Amid Row With U.S.

Exercises will take place Sept. 1-7 with support from multiple countries

Russia and China launched joint war games as both nations navigate tensions with the United States.

The Vostok 2022 drills, which began Sept. 1, are also designed to demonstrate that Russia has sufficient military power for major drills even as it has troops in active military action in Ukraine, according to the Associated Press.

About 50,000 soldiers, 5,000 pieces of armaments and military hardware, 140 aircraft, and 60 naval vessels will be participating. Chinese officials sent more than 2,000 troops, 300 military vehicles, and 21 combat aircraft.

Vostok 2022 is also the first time China has sent assets from three branches of its military to take part in a single Russian drill.

“The joint maneuvers with Moscow, including the naval drills, are intended to signal that if the pressure on Beijing continues it will have no other choice but to strengthen the military partnership with Russia,” political analyst Alexander Gabuyev said. “It will have a direct impact on the interests of the U.S. and its allies, including Japan.”

The joint exercises come just weeks after Russia said the U.S. was directly involved in the conflict in Ukraine, alleging that American spies are approving and coordinating Ukrainian missile strikes. They are also weeks after China conducted live-fire military exercise in the waters around the island of Taiwan in response to a visit by U.S. House Speaker Nancy Pelosi to Taiwan. 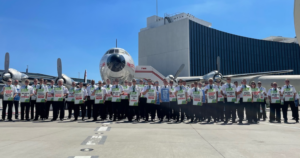