The shooter, Salvador Ramos, allegedly killed his grandmother before driving to the school

At least 19 children and two adults were killed after a gunman opened fire at a Texas school on May 24.

Ramos posted photos of assault rifles and ammunition magazines on his Instagram account prior to the shooting. Instagram has since deleted the account, the platform’s parent company Meta confirmed in a statement to Newsweek.

All of the children and two teachers who were killed in the shooting were in the same fourth-grade classroom. There were two days left in the school year before summer vacation.

Authorities were still identifying the deceased on the morning of May 25, per Business Insider.

Lieutenant Christopher Olivarez of the Texas Department of Public Safety said in an interview with NBC that police and other first responders on the scene broke a window at the school to help other students and teachers escape.

Robb Elementary School students are in the 2nd, 3rd, and 4th grades. The school has just over 590 students, according to GreatSchool.org. The school rating site reports that 92% of students are Hispanic, 8% are White, and 87% are low-income.

President Joe Biden ordered flags to be flown at half staff at all public buildings, embassies, and military bases until May 28 as “a mark of respect for the victims of the senseless acts of violence perpetrated on May 24, 2022, by a gunman at Robb Elementary School.”

At the time of the shooting, Biden was returning to the United States from Asia.

“What struck me on that 17-hour flight, what struck me was these kinds of mass shootings rarely happen anywhere else in the world,” Biden said from the White House on May 24. “Why? They have mental health problems. They have domestic disputes in other countries. They have people who are lost.”

“How many scores of little children who witnessed what happened, see their friends die as if they’re on a battlefield for God’s sake, will live with it the rest of their lives?” he continued. “As a nation, we have to ask, when in God’s name are we going to stand up to the gun lobby? When in God’s name will we do what we all know in our gut needs to be done?”

“The idea that an 18-year-old kid can walk into a gun store and buy two assault weapons is just wrong. What in God’s name do you need an assault weapon for except to kill someone? Deer aren’t running through the forest with Kevlar vests on for God’s sake,” the president added.

Ramos was a resident of Uvalde, a community of 16,000 people that is about 85 miles west of San Antonio and 75 miles from the southern border. The shooter attended Uvalde High School but reportedly did not qualify to graduate. He died at the school during a confrontation with the police.

Some reports indicated that a Border Patrol agent, who responded to the scene as part of a tactical team, shot and killed Ramos. The agent was allegedly injured during the encounter. 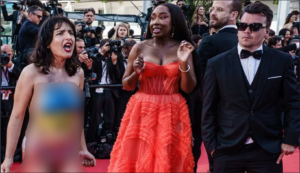