Rittenhouse Jury Was Recorded Outside of the Court House, Trial Judge Says

The video has since been deleted, according to law enforcement

Wisconsin Judge Bruce Schroeder announced that someone had recorded the jury in Kyle Rittenhouse’s trial getting off the bus this morning.

The identities of the 18 members of the jury have been sealed and kept anonymous during the trial. On the morning of Nov. 9, someone was observed recording the group before they arrived via bus.

New this morning in the #Rittenhouse trial: Someone was recording the jury.

Deputies have asked the person to delete the video. It doesn't appear any more action is being taken.

“At pickup, there was someone there and video recording the jury, which officers approached the person and required [them] … to delete the video and return the phone to him,” Schroeder said. “I’ve instructed that if it happens again, they are to take the phone and bring it here. Something like that should not have occurred. I’m frankly quite surprised it did.”

The news comes shortly after Cortez Rice, George Floyd’a nephew, said in a livestream that he knew there were cameras in the courtroom and that they were “definitely people taking pictures of the jury and everything.”

George Floyd’s nephew, Cortez Rice, makes a claim that he knows people taking photos of jurors during the Kyle Rittenhouse trial in Kenosha, Wisconsin. His goal is to dox jurors if they do not convict. pic.twitter.com/uwLuV2ftfV

Jury selection was a difficult process because of the case’s extensive media coverage. At least 12 potential jurors were dismissed because they acknowledged they had strong feelings about the case. By Nov. 2, 20 people had been selected, including 9 men and 11 women. Of the selected group, 12 would serve as jurors while eight were alternates. Safety concerns were expressed by jury members during the selection process and mentioned fears of riots following the verdict.

One juror was dismissed from the trial on Nov. 5 after making a joke to a law enforcement officer about Jacob Blake’s shooting, which led to riots and protests in Kenosha during August of 2020.

A second juror was dismissed last week due to an issue with her pregnancy. She asked Judge Schroeder to let her go after she felt discomfort.

“Rittenhouse is on trial for fatally shooting two men and wounding a third. He and at least one friend said they traveled to the Wisconsin city to protect local businesses and provide medical aid after two nights of unrest that led to businesses being looted and set on fire,” per Fox News.

It is possible the jury will be sequestered while they deliberate the case’s verdict. The jury would be kept in isolation, away from their normal lives and the media. 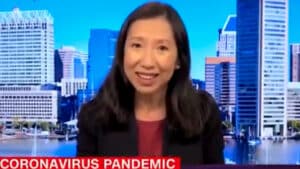 WATCH: CNN’s Leana Wen Claims ‘Everyone is Going to Need a Booster’ in the Months Ahead