A Rhode Island school district has sparked outrage among parents after cancelling their honor roll classes.

Schools in Barrington were previously among some of the top-ranked in the nation, but have fallen 119 spots after beginning to use a method called “de-leveling” in 2020.

De-leveling, sometimes referred to as “universal learning,” removes specialized classes based on strengths and learning abilities and places all students into the same classes. Advocates for this type of system argue that it is more “inclusive” and “equitable.”

Parents, many of whom moved to the area because of the school district’s reputation of being a pipeline to the Ivy Leagues are now crying foul. Since the implementation of this “equitable” learning plan, Barrington schools have dropped from 189th to 308th in the nationwide school rankings.

On March 30, parents and students expressed their discontent at a heated school board meeting.

“My daughter has lost out on opportunities which could affect merit scholarships for her, which I think is appalling … You don’t really know what you’re doing on this,” one mother said, according to a report from Fox News.

A father who said that he is a dentist and son of immigrant parents from Mexico slammed the district for ruining his son’s chances to follow in his footsteps.

“You guys are doing this for someone like me. My parents … didn’t speak English … Nobody asked me. Like, I’m the person that you’re supposedly trying to help. So you guys have your own idea of what diversity, equity and inclusion means, and it doesn’t take into account an actual person that has been through some of the worst public schools in Chicago, lives in neighborhoods where people are shooting each other, drug dealers and gang members … That’s where I grew up till I was about 12. So how come no one is asking me? I have a lot to share,” the father said.

He continued, “if you guys really believe in [equity], then pick an average or below average dentist and see what you get. But you guys get the ratings, and you pick the best that’s available. And you know what? For some fields, that’s what you need. You need the best. And I’m here to speak about that … It’s embarrassing that you guys have done this.”

Another parent pointed out that the lack of honors classes will make it harder for kids to get into colleges that they choose.

“Barrington administrators hired a consultant to justify this … And yet no one thought about the impact this would have on kids applying for financial aid or for college admissions. Not one top school in our state or Massachusetts has gotten rid of honors. Not one. And our consultant that you hired is all proud that we were going to be the first one. I’m not sure that’s something we want to be proud of,” the father said.

The next school board meeting in Barrington is scheduled to take place on May 19. The school has said that they will not be commenting on the matter until the next meeting. 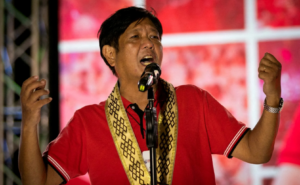