REVIEW: Daily Wire's 'What Is A Woman?' Documentary Asks a Simple Question Amid a Complex Culture War

After watching Matt Walsh’s new documentary What Is A Woman? One Man’s Journey to Answer the Question of a Generation on Wednesday night, I have many observations I’d love to share if you’re considering buying the membership required to watch it.

The film, directed by Justin Folk and produced by Dallas Sonnier (who, full disclosure, has been a guest on Timcast IRL in the past), follows a rational and well-combined blend of interviews that take us from the highest pinnacles of higher education to the literal man on the street, and displays a haunting spectrum of terrorism (from the elites) and terror (from the regular person).

Matt Walsh takes us on a journey around the country and the world in his quest to find the answer to the question, “What is a woman?” He speaks to counselors, surgeons who perform gender “reassignments,” pediatricians who prescribe the cross-sex hormones to children, a regretful trans man who now runs an organization trying to warn others of what he went through, female athletes who lost to trans athletes, Jordan Peterson, and an African tribe.

In the @MattWalshBlog documentary “What is a Woman?” woke gender experts say:

Let’s explain what’s happening here, and how to push back.

It’s really a great mix of conversations. I noticed that the leftist doctors, professors, and upper echelon of education all use the same tone of voice to entice the listener to believe that what they’re saying is safe and helpful, but at the end of the day, the overall effect is that of the witch in Hansel and Gretel enticing children to eat her candy for no reason — no reason at all, all will surely be well.

I have to admit to laughing during the section where the African tribe discusses gender differences; they had a lot of profound insights I think the west has fully forgotten. When asked what makes someone a man, the tribe leader says that having children and being able to feed them is what makes you a man. Being a woman means giving birth and taking care of the kids. It’s really refreshingly simple, and though their lives look challenging, I can’t help thinking that Americans could use some of that good old-fashioned difficulty to help weed the thread of self-indulgent, narcissistic free-time that is nurtured by our higher education systems and taken advantage of by sinister doctors who make sobering sums of money off convincing people that lies are truth, up is down, left is right, and male is female. They’re very sure of themselves. How can they fail? The entirety of the institutions back them. All they have to swat away are a few “rare dinosaurs,” according to Dr. Bowers, a biological male who identifies as a woman, who has performed nearly 4,000 sex reassignment surgeries.

Most of the ordinary people on the street, on the other hand, come across as uninformed, philosophically ungrounded, and ignorant, but most of all, they appear to be afraid to say the wrong thing. The terrorism being used by the elites is making the plebs terrified to speak out of turn. This is a situation that cannot stand. That is not what this country was built on; it speaks to the polarized nature of the power distribution in our country, and it’s a clear sign of sickness and weakness for the U.S. The whole point of the first amendment is not just that people won’t be silenced by the state, but also that they won’t feel a need to silence themselves in certain company — except, perhaps, out of a sense of tact and politeness. Otherwise, never fear.

My biggest takeaway is that yes, the arguments of those who endorse an ideology that allows for the term “gender affirmation” really are that frail. Even people paid to convince others that their ideas are solid fail again and again to do so, and they tend to get upset during the interviews, and refuse to answer questions when they sense they’re being unable to defend their views.

And, let us not forget, Professor Grzanka, who petulantly informs Matt that his pursuit of truth is actually transphobic. It’s incredible how quick these so-called great thinkers, educated to the point of foolishness, are to relapse into relying on buzzwords taped together. I know we say “Twitter isn’t real life,” but watching “What Is A Woman?” made me realize that the culture of Twitter discourse has made its way into common parlance at the highest levels. The elites are using words like “my truth,” “misgendering,” “lived experience” and “normative” to signal that these are the correct ideas, and that you’d better not argue with them.

Well, Matt Walsh is going to argue with them – using the Platonic method – and if I have any prediction powers, I think this movie is going to make a huge splash in the culture this summer. It absolutely should. I can’t help feeling this is exactly what we’ve been waiting for to snap us out of this panic-induced stupor and remind us that what we can see with our eyes sometimes really is quite symbolic of reality. I one hundred percent recommend this movie, and sharing it with others with whom you do not agree. It offers a powerful look at the effectiveness of the Platonic method, which I wish more people would use. Moreover, the film offers inspiration, which God knows conservatives need now more than ever. 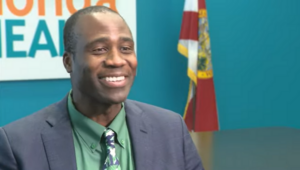