In a letter sent to the Florida Board of Medicine on June 2, State Surgeon General Joseph Lapado criticized the Sunshine State’s policy of administering “gender-affirming” care to minors seeking treatment for gender dysphoria and asked them to review and implement recommendations he made earlier this year.

Lapado took a particular interest in the treatments offered to children and adolescents and reminded the board that he “recommended against certain pharmaceutical, non-pharmaceutical, and surgical treatments for gender dysphoria” in the guidance released by the Florida Department of Health on April 20.

The Department of Health recommended halting the following treatments for children and adolescents:

Instead, the treatment guidance says, children and adolescents should receive counseling from a licensed provider and, upon reaching adulthood, make decisions about these treatments that pose “an unacceptably high risk of doing harm” to minors.

He noted that, despite dissenting opinions from the American Academy of Pediatrics and the Endocrine Society, the Agency for Healthcare Administration’s review of puberty blockers and cross-sex hormones found that “evidence supporting these complex medical interventions is extraordinarily weak.”

Florida’s surgeon general accused these professional organizations of following a political ideology rather than evidence-based treatment, noting that a number of foreign countries are startled by the recent growth in trans-curious children and have issued similar guidance:

Countries such as Sweden, Finland, France, and the United Kingdom are currently reviewing, reevaluating, stopping, or advising caution on the treatment of gender dysphoria in children and adolescents.

In a policy report commissioned by the Swedish government, scientists cautioned that much of the research on “gender-affirming” treatments was conducted in only the past few years and that their team was unable to find “any scientific studies which explain the increase in incidence in children and adolescents” who have sought to transition.

Similarly, Finland concluded that “people experiencing a lack of clarity related to their gender identity should first be provided with psychosocial support,” while warning that little research has been conducted on the long-term effects of those who undergo body-altering procedures and how such treatments might “disadvantage” them or later leave them with regret.

In an interim report submitted to the United Kingdom’s National Health Service, the research team warned that “the rapid increase in the number of children requiring support” for gender-related issues will require the once marginal Gender Identity Development Service office to expand. Implying that ideological motives may be impacting research, the report notes there is a “lack of open discussion” about the nature of gender dysphoria. Like Finland and Sweden, the review team found that there simply wasn’t enough evidence or research to advise doctors on whether to administer hormone treatments.

While the other three reports cited by Lapado failed to reach a conclusion regarding what is causing the recent increase in gender-questioning children, France issued a preliminary determination and recommended that parents remain “vigilant” towards “their children’s questions on transidentity.” Social networks, according to the report, create an “addictive character of excessive consultation” that harms a child’s psychological development and play a significant role in the “growing sense of gender incongruence.” 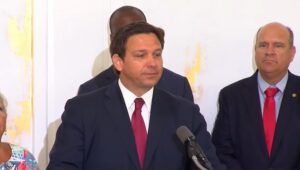