Florida Congresswoman Stephanie Murphy is concerned for Congressional moderates in both political parties.

In an interview with Politico’s Playbook Deep Dive, Murphy discussed her experience as a moderate under the current leadership of the Democratic Party.

In 2021, Murphy announced she would retire from Congress after three terms in office. She is one of more than 30 Democrats leaving office in 2022.

Murphy said that she ran for congress in 2016 because she wanted to change gun safety laws. Her campaign lasted four months and she ousted a 25-year incumbent, Republican John Mica. She has served on the Ways and Mean Committee, the House Armed Services Committee, as well as the Select Committee to Investigate the Jan. 6 Attack on the United States Capitol.

She recalled her experience in Washington D.C. during her interview and her frustration that “people go immediately to maligning your motivations” when a legislative disagreement arises.

She recounted that she was “one of a few Democrats who voted for Kate’s Law,” a bill supported by President Donald Trump “that would have stricter enforcement rules for people who were multiple offenders of violating immigration rules.”

Murphy said that she supported the “law and order” intention of the bill but was subsequently labeled as “anti-immigrant” by immigrant groups.

“But look at me. I’m a refugee. I’m an immigrant,” Murphy said. “I’m not anti-immigrant. I found that they were maligning my motivations as opposed to trying to seek to understand my intentions and to understand the policy concerns I had.”

“It became what I discovered to be a trend, that a lot of these outside groups that purport to represent a specific interest are just an extension of leadership,” Murphy added. “Instead of purely focusing on their issue area, they bleed into just advocating for whatever Democratic leadership wants.”

She noted that the same trend exists among Republicans and interest groups that work with the party.

Murphy, who is a chair of the Blue Dog Coalition, notoriously came out in an op-ed against the 2021 infrastructure bill despite pressure from President Joe Biden. The bill’s tumultuous conception and off-and-on again pairing with the Build Back Better Act ultimately proved to Murphy the legislation was not aligned with her positions.

“If you have to tie one bill to another, then you have to wonder about what’s in that bill that you can’t pass on a standalone,” she said, recounting the notable moment of her political career.

“In Congress, I think it is important that you find the broadest set of common ground and move that forward,” Murphy said. “And instead the whole debate seemed like an effort to beat moderates into submission.”

She has called for the reform of the Democratic Congressional Campaign Committee, which she believes chases progressive voters and does not protect or support moderate voters and politicians.

“I believe that the DCCC exists for one reason and one reason alone, and that is incumbent protection and expanding the majority,” Murphy said. “I don’t believe that the person who runs the DCCC should be a member who’s elected, because inevitably that member … has further aspirations in the Democratic leadership.”

Murphy also said that as the Democratic Party gained control of Congress, the tolerance toward noncompliance with party-line voting significantly declined.

“This march toward party unity is going to be detrimental to our ability to lead the agenda for this country,” she said.

While she describes her decision to retire as “a personal one,” Murphy predicts both moderate Democrats and Republicans will face intense challenges in the next Congress.

“As it relates to the party, I do think it is important the party not get stuck in its own beltway echo chamber or Twittersphere,” Murphy added at the end of the interview.

She advised her party to listen more to the needs and interests of the American people in order to retain their Congressional majority. 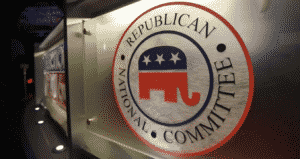