New totals indicated 30 Democrats will not seek election to Congress in the upcoming midterm elections.

The latest to join the exiting crowds is Democrat Represepentive Kathleen Rice of New York.

“I have always believed that holding political office is neither destiny nor a right,” she said in her Feb. 15 announcement. “As elected officials, we must give all we have and then know when it is time to allow others to serve.”

Rice, who was a Republican until 2005, did not give any further details about her decision to leave Congress.

According to a spokesperson for the National Republican Campaign Committee, Rice joins 29 other Democrats who have made similar announcements. In contrast, 14 Republicans do not plan to seek re-election to Congress.

This is the most Dem retirements since 1992.

No one wants to run as a member of @HouseDemocrats!!! https://t.co/PCraqXHIjJ

Three representatives from Florida — Charlie Crist, Val Demings, and Stephanie Murphy — announced in 2021 that they would leave their offices. Demings is running for election to the U.S. Senate.

North Carolina’s David Price, an 81-year-old Congressman, announced he would retire after this term. Representative G.K. Butterfield, also of North Carolina, has said he will leave in January of 2023 as well.

California Representative Karen Bass will leave Congress in hopes of taking over as mayor of Los Angeles. Four other representatives from California — Alan Lowenthal, Lucille Roybal-Allard, Jerry McNearney, and Jackie Spencer, who co-chairs the Democratic Women’s Caucus — will also refrain from seeking re-election this year.

In addition to the vacated seats in the House, Democrats may also be unable to replace seats they currently hold in the Senate.

With the 30th confirmed Congressional incumbent leaving, the Democrat Party is losing at least a total of 36 elected officials. 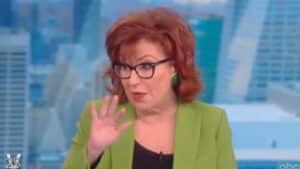