A group of restaurants and businesses in New York City have filed a lawsuit against Mayor Bill de Blasio over the vaccine “passport” mandate.

The mandate requires people to show proof of vaccination to enter restaurants, gyms, movie theaters and other businesses in the city.

The New York Post reports that in the lawsuit filed on Tuesday in the Staten Island Supreme Court, the businesses argue that the mandate violates their constitutional rights and unfairly targets certain establishments — because churches, grocery stores, schools, offices and medical facilities do not have the same strict requirements.

“The suit says that the mandate is ‘arbitrary and capricious’ for a slew of reasons including that the highly contagious COVID-19 Delta variant can spread among both vaccinated and unvaccinated people, the court documents claim,” the Post report explains.

Additionally, the mandate does not make any allowances for people who cannot get the vaccine or already have antibodies from having the virus. It makes no exception for people allergic to the ingredients in the vaccines, have religious beliefs against them, or have preexisting conditions.

“The decision to get the vaccine should ultimately lie with the individual and his doctor, who knows that persons’ complete medical history, rather than a politician,” the filing states.

Instead of easing up on the burdens for the people of New York as the vaccines became available, “the mayor implemented even more arbitrary executive orders, trampling more recklessly on constitutional rights,” the suit alleges.

The suit also points out that the mandate makes it “impossible for anyone who chooses not to be vaccinated for whatever reason, to work in the designated industries.”

The businesses are now seeking a preliminary injunction against the mandate.

Under the so-called Key to NYC mandate, the city will start filing establishments that do not comply on September 13. A first offense will carry a fine of $1,000 and second offense will be $2,000.

The mayor has defended the heavy handed approach by claiming that they “need” to get everyone vaccinated. 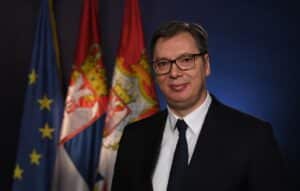