Dogs waiting for homes at an animal shelter in New South Wales, Australia have been shot and killed to prevent people from travelling to pick them up during COVID.

The town, Cobar, has no recent cases of COVID and the Rural Outback Respite/Rescue shelter had a plan in place to transport them safely. One of the dogs was a new mother to a litter of puppies.

“OLG has been informed that the council decided to take this course of action to protect its employees and community, including vulnerable Aboriginal populations, from the risk of COVID-19 transmission,” a spokesman from the Office of Local Government told the Sydney Morning Herald.

The government agency added that they are investigating to see if the killings violated companion animal and cruelty prevention laws.

“A source who is familiar with the arrangement said the shelter volunteers are distressed and had COVID-safe measures in place to handle the dogs, one of which was a new mother,” the Morning Herald report says. “According to NSW Health, there have been no recent locally acquired COVID-19 cases in Cobar, although fragments of the virus have been found in the area’s sewerage system.”

Animal rights groups are calling for an urgent investigation into the matter.

“We are deeply distressed and completely appalled by this callous dog shooting and we totally reject council’s unacceptable justifications that this killing was apparently undertaken as part of a COVID- safe plan,” Lisa Ryan, Animal Liberation’s regional campaign manager, said.

“While the Liberal-National government twiddles its thumbs on animal welfare issues, more animals are being killed,” she said.

“Council pounds are paid for by local communities, and it is clear that shooting lost and unclaimed dogs housed in these publicly-funded facilities falls far short of community expectations.” 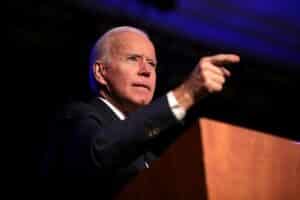 Biden Admin Charging Americans Over $2000 For Evacuation From Afghanistan