Two Republican state Attorneys General have named the Biden administration as a defendant, along with 46 others, in a lawsuit over the administration’s alleged collusion with Big Tech companies in censoring speech related to COVID-19.

“The freedom of speech in the United States now faces one of its greatest assaults by federal government officials in the Nation’s history,” states the complaint filed by Eric Schmitt and Jeffrey M. Landry, attorneys general for Missouri and Louisiana, respectively.

This latest court filing amends a previous complaint to add new defendants, including officials from the U.S. Centers for Disease Control & Prevention (CDC), the FBI, and the White House. As of this most recent filing, the total number of defendants is 67.

“Missouri and Louisiana filed a landmark lawsuit, seeking to expose that the federal government has worked hand-in-hand with social media companies to censor freedom of speech on their platforms. Our lawsuit has done exactly that – we’ve found a staggering ‘censorship enterprise’ that extends to a multitude of federal agencies and implicates government officials at the highest levels of government, but we’re not done yet,” Attorney General Schmitt said in a statement. “Now, we’ve added 47 additional defendants to our lawsuit, including several FBI agents and more top-ranking White House officials. We’re also asking the Court to allow our offices to take depositions to question these officials under oath. We’re only just getting started.”

In June 2021, White House Press Secretary Jen Psaki disclosed the fact that the administration was “flagging problematic posts for Facebook that spread disinformation,” ostensibly for the social media giant to de-rank or take other action against the flagged accounts.

The complaint states: “The government cannot accomplish through threats of adverse government action what the Constitution prohibits it from doing directly.” Schmitt and Landry argue that the Biden administration has used “express and implied threats” to censor viewpoints under the premise of halting so-called “disinformation,” “misinformation,” and “malformation.”

Recent reporting confirms that multiple agencies within the Biden administration maintained lists of conservative news organizations and commentators who were targeted in the run-up to the 2020 election.

“Throughout this case, we have uncovered a disturbing amount of collusion between Big Tech and Big Government,” added Attorney General Landry. “This egregious attack on our First Amendment will be met with an equally full-hearted defense of the rights of the American people.” 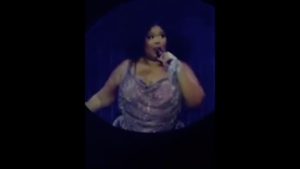 'Everybody In America Got My Motherf–-ing Name In Their Motherf–-ing Mouth': Lizzo Appears To Slam Kanye For Obesity Comments