Former President Donald Trump asked a judge to immediately reinstate access to his Facebook account Thursday as his lawsuit against the social media network makes its way through the courts.

“Trump, banned from most major social media platforms for his role in the Jan. 6 Capitol riots, brought a class-action lawsuit in July alleging censorship by Facebook, Twitter, and Google’s YouTube, along with their respective CEOs Mark Zuckerberg , Jack Dorsey, and Sundar Pichai. Thursday’s filing, in the U.S. District Court for the Southern District of Florida, was for a preliminary injunction on Facebook’s ban while he continues to try to get permanent access,” claims the Washington Examiner in an exclusive report.

NEW: Trump, banned from most social media platforms, filed for a preliminary injunction on Facebook’s ban while he continues to try to get permanent access.

His legal team argues Facebook is muzzling him while being a major avenue for public discourse.https://t.co/oK5F9wSDVY

“This preliminary injunction against Facebook seems appropriate to file this week since they’ve been big in the news lately for all the issues they’re facing,” said John Coale, lead counsel to Donald Trump.

“Zuckerberg and Facebook say it’s the 21st-century public town square; if so, they should uphold the First Amendment,” Coale said. “You can’t have it both ways. They’re like a public utility when it comes to speech.”

“Big Tech companies are being used to impose illegal and unconstitutional government censorship,” states the lawsuit.

Read the full report at the Washington Examiner. 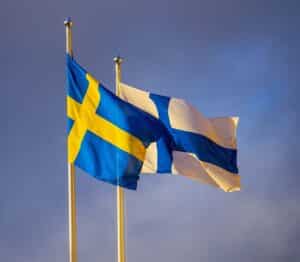 Finland Will Limit Moderna Vaccine to People 30 and Older