Finland Will Limit Moderna Vaccine to People 30 and Older

The decision follows similar announcements from Sweden and Denmark

Finland announced it will join Sweden and Denmark in limiting the distribution of Moderna’s COVID-19 Vaccine.

Mika Salminen, director at National Institute for Health and Welfare in Finland, announced the nation would give men born in 1991 or later the Pfizer vaccine exclusively.

“A Nordic study involving Finland, Sweden, Norway and Denmark found that men under the age of 30 who received Moderna Spikevax had a slightly higher risk than others of developing myocarditis,” he said.

Denmark announced the same day that no one under the age of 18 would be given the Moderna vaccine, opting to exclusively innoculate its young people with the Pfizer option.

Health authorities said in a statement the move was part of a “precautionary principle” and was made  “not least in light of the fact that the largest amount of data exists from use (of the Pfizer vaccine) for children and young people from particularly the United States and Israel.”

In July, the European Medicines Agency reported that the inflammatory heart conditions following vaccination with Spikevax or the Pfizer/BioNTech Comirnaty jab occurred in rare cases.

“Regulators in the United States, EU and the World Health Organization have however stressed that the benefits of shots based on the mRNA technology used by Moderna and Pfizer-BioNTech in preventing COVID-19 continue to outweigh the risks,” per Reuters.

“We have to trust international authorities, starting with EMA which is our reference agency and has expressed very clear judgments on the matter,” he said.

He added that Italy did not have plans to suspend the Moderna vaccine. 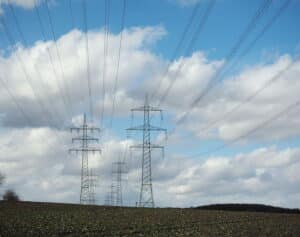