In a 34-page report, the DHS Office of the Inspector General (OIG) found U.S. Customs and Border Protection (CBP) “did not always have data to properly screen, vet, or inspect evacuees,” noting that some pieces of identifying information — such as name, date of birth, identification number, travel document information — were inaccurate, incomplete of missing.

The report, which was produced after interviewing more than 130 DHS personnel, determined that CBP admitted evacuees into the U.S. who were not fully vetted.

According to the OIG, federal agencies experienced challenges due to DHS not having standardized policies, a contingency plan for emergency situations, and a list of refugees who were unable to provide sufficient identification paperwork.

“As a result, DHS paroled at least two individuals into the United States who posed a risk to national security and the safety of local communities and may have admitted or paroled more individuals of concern,” wrote Joseph V. Cuffari, Ph.D. who produced the OIG report.

CBP told investigators that it admitted or paroled some evacuees with questionable names and birth dates due to cultural differences. In Afghanistan, it’s customary to have only one name and it’s not always part of the culture to record or know exact dates of birth. Moreover, years of conflict destroyed systems that recorded birth registrations.

The report said “DHS did not have formal screening and vetting policies to support” the withdrawal, and attributed many of the inaccuracies to DHS and CBP “not hav[ing] standardized formal policy documents and instead could only provide informal flowcharts, meeting minutes, and draft documents.”

The report suggested CBP immediately identify Afghan evacuees in the U.S. and provide evidence of screening and vetting based on their confirmed identity. Additionally, the OIG called for vetting paroled evacuees on a recurring basis for the duration of their parole period.

The OIG’s recommendations for DHS were to create a plan for similar events in the future that include “lessons learned” from the Afghanistan pullout, along with policies and procedures that ensure accountability, standard practices, and quality assurance across all DHS components. 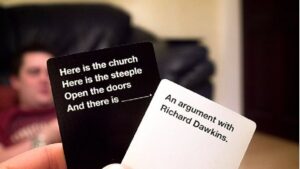