Cards Against Humanity is donating 100 percent of their profits in 22 states with pro-life laws to the National Network of Abortion Funds — and charging customers who say they are anti-abortion $5 extra.

The campaign, called “Your State Sucks,” was announced in response to the Supreme Court overturning Roe v. Wade.

“Today, we are releasing some new packs. But while the packs were being printed, the Supreme Court overturned Roe v. Wade, and your state immediately turned itself into a dystopian forced-birth hellscape,” the company said in a statement.

The company also announced a $100,000 donation on top of the profits from the campaign.

Cards Against Humanity is living up to its name by donating 100% of its profits to an abortion group from customers living in states with pro-life laws.

The kicker is if you tell them you’re pro-life, they’ll charge you an extra $5 to donate. pic.twitter.com/Kxbey9luQe

“So we’re donating 100% of profits from orders to your nightmare-state to the National Network of Abortion Funds, plus $100,000 right now, to help the people most f-cked over by the Republicans in your state government. We don’t need your money,” the statement continued.

When a user in one of those states attempts to place an order, they will be greeted with a message saying that they live in “a theocratic hellscape where human beings are forced to carry unwanted pregnancies by threat of imprisonment,” according to a report from Fox 59. 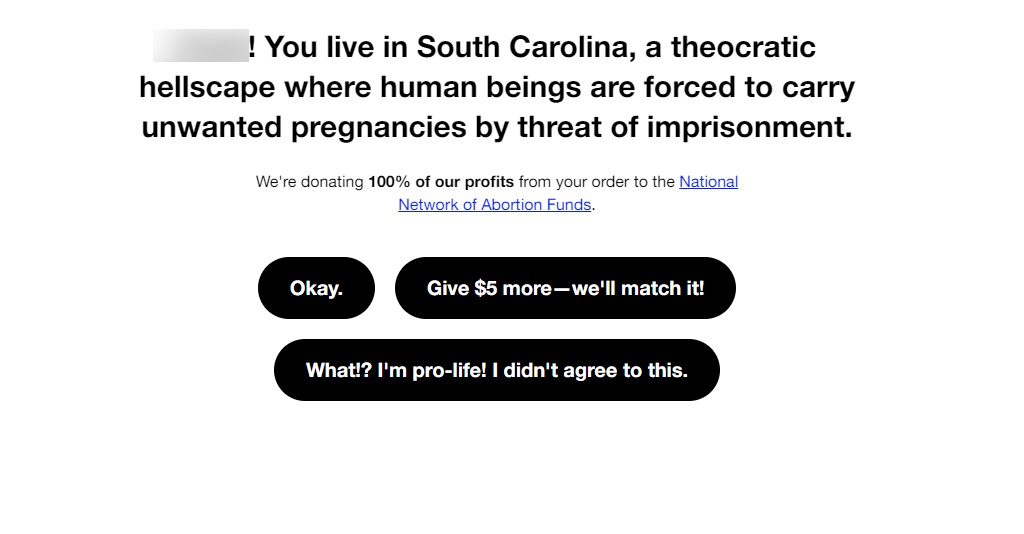 At this point, the customer will be informed that they are donating 100 percent of the profits from the sale to the National Network of Abortion Funds. Customers will then have the choice of selecting “Okay.,” donating an extra $5 that the company will match, or “what!? I’m pro-life! I didn’t agree to this.”

Those who say that they are pro-life are met with the following message: 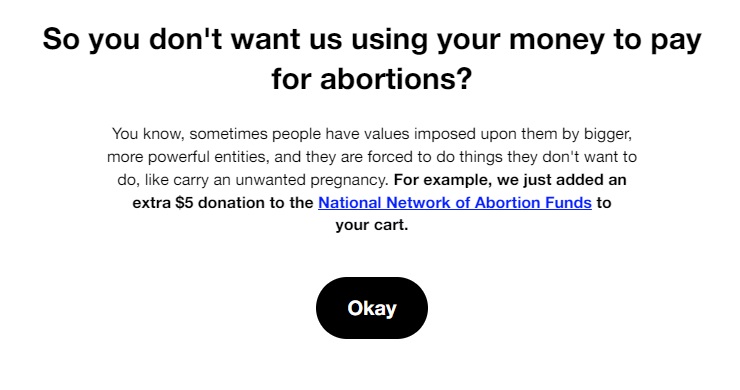 “So you don’t want us using your money to pay for abortions? You know, sometimes people have values imposed upon them by bigger, more powerful entities, and they are forced to do things they don’t want to do, like carry an unwanted pregnancy. For example, we just added an extra $5 donation to the National Network of Abortion Funds to your cart,” the website states.

In 2020, Cards Against Humanity co-founder Max Temkin stepped down amid allegations of a “racist and sexist” office culture.

The company has also removed cards from new releases of the game, including “Date rape,” “Surprise sex,” and “Not giving a sh-t about the third world,” according to a report from Polygon. 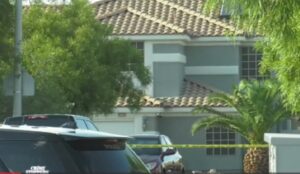