Fox News is now reporting at least 10 U.S. Service Members have been killed in a series of terror attacks at Kabul’s international airport.

BREAKING: Fox News reports that at least 10 American service members were killed in the bombing at Kabul airport today pic.twitter.com/STghNQ9T72

At least two explosions occurred near Kabul’s international airport Thursday as America rapidly withdraws from the country. The Pentagon confirmed an unknown number of casualties, including U.S. personnel.

“The explosion at the Abbey Gate was the result of a complex attack that resulted in a number of US & civilian casualties. We can also confirm at least one other explosion at or near the Baron Hotel, a short distance from Abbey Gate. We will continue to update,” posted Pentagon Press Secretary John Kirby on Twitter.

“A suicide bombing outside the Abbey Gate at Kabul’s airport in Afghanistan Thursday injured at least three U.S. Marines, U.S. officials confirmed. A U.S. official indicated that the attack set off a firefight at Abbey Gate, where last night, there were 5,000 Afghans and potentially some Americans seeking access to the airport,” reports Fox News.

The explosions come hours after multiple intelligence agencies warned of an “imminent” attack against targets in Kabul.

The U.S. Embassy issued a terse statement on the situation, urging all Americans to “avoid airport gates.”

“Because of security threats outside the gates of Kabul airport, we are advising U.S. citizens to avoid traveling to the airport and to avoid airport gates at this time unless you receive individual instructions from a U.S. government representative to do so,” a statement from the embassy issued early Thursday morning said. 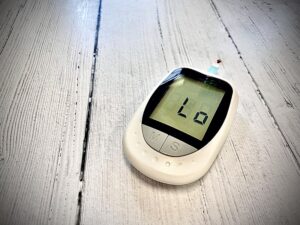