On Wednesday, former President Trump withdrew his endorsement of Rep. Mo Brooks for the Alabama senate primary, referring to him as “woke” and blasting him for saying that it is time to put 2020 election fraud claims to rest.

Trump’s statement announcing that he no longer supports Brooks referred to him as “woke” for suggesting that people should put election fraud claims about the 2020 election behind them.

45: Since he decided to go in another direction, so have I, and I am hereby withdrawing my Endorsement of Mo Brooks for the Senate. pic.twitter.com/CNDHqC4pbh

Though the rally was over six months ago, Trump cited it as the main reason for pulling his endorsement.

“Mo Brooks of Alabama made a horrible mistake recently when he went ‘woke’ and stated, referring to the 2020 Presidential Election Scam, ‘Put that behind you, put that behind you,'” Trump’s statement said. “I am hereby withdrawing my Endorsement of Mo Brooks for the Senate.”

Brooks’ statement about Trump’s withdrawal reads in full as follows:

It’s disappointing that, just like in 2017, President Trump lets Mitch McConnell manipulate him again. Every single negative TV ad against our campaign has come from McConnell and his allies. I wish President Trump wouldn’t fall for McConnell’s ploys, but, once again, he has.

I have not changed. I am the only proven America First candidate in this Senate race. I am the only candidate who fought voter fraud and election theft when it counted, between November 3 and January 6.

I repeat what has prompted President Trump’s ire. The only legal way America can prevent 2020’s election debacle is for patriotic Americans to focus on and win the 2022 and 2024 elections so that we have the power to enact laws that give us honest and accurate elections.

I’ve told President Trump the truth knowing full well that it might cause President Trump to rescind his endorsement. But I took a sworn oath to defend and protect the U.S. Constitution. I honor my oath. That is the way I am. I break my sworn oath for no man.

There’s only one conservative option in this race, and I am confident that the people of Alabama will see that on Election Day.

Brooks has been a staunch Trump supporter, even speaking at the January 6, 2021 “Stop the Steal” rally, saying, “today is the day American patriots start taking down names and kicking ass.”

WATCH: Republican Congressman Mo Brooks is being sued by a Democratic colleague over this speech he gave to the MAGA crowd just hours before the insurrection pic.twitter.com/UDUzGKoOlr

Brooks was named as a defendant in a lawsuit over his remarks by Democrat Rep. Eric Swalwell, along with former President Donald Trump, Donald Trump Jr., and Trump attorney Rudy Giuliani.

That lawsuit was dismissed earlier this month. 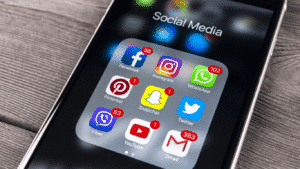