Representative Ilhan Omar has introduced a bill that would restrict no-knock raids in response to the death of 22-year-old Amir Locke who was fatally shot by Minneapolis police in February.

The Amir Locke End Deadly No-Knock Warrants Act would ban quick-knock warrants, all nighttime warrants, the use of flash-bang stun grenades or other explosive devices, chemical weapons, or any military-grade firearm during most raids.

“Law enforcement officers executing a covered Federal warrant shall not use or possess flash-bang stun grenades, other explosive devices, chemical weapons, or any military-grade firearm, unless expressly authorized under the covered Federal warrant based on clearly articulated reasons, supported by particularized facts, that the use of any such device is necessary under the particularized circumstances to protect the life or safety of law enforcement officers or other persons,” the text of the bill reads.

Additionally, the legislation would establish strict limits on when no-knock warrants can be served in relation to drug investigations.

“Far too often, no-knock warrants and raids have severe and deadly consequences, resulting in property damage, trauma, and death,” Rep. Omar said in a statement. “It is unconscionable that no-knock warrants continue to be in effect with little to no restrictions, regulations, and regard for the impact on lives. These preventable tragedies result in mistrust and leave behind deep wounds for families and communities that have a long history of aggressive over-policing. Just this month, we saw the consequences of leaving deadly warrants in place with no accountability with the murder of Amir Locke, who became a victim of yet another botched no-knock warrant police raid. We have the power to save innocent lives with this legislation and must act.”

Many of the circumstances surrounding Locke’s death are still under investigation, but police body camera footage shows the officers executing a no-knock raid on his cousin’s apartment and kicking a couch where he was allegedly sleeping with a pistol in his hand.

Locke’s family maintains that he had a license and concealed carry permit for the gun, which they say he obtained because he worked as a food delivery driver in the city. He does not appear to have had a criminal record.

They believe that Locke was a deep sleeper who was likely startled and confused when he woke up to the armed police officer’s presence.

The officer who shot Locke has been placed on paid administrative leave. He has not been charged in relation to the shooting.

“The family of Amir Locke remains devastated by his senseless death, but we are very grateful to Representative Omar for introducing this legislation in the hopes that other families will not endure the same tragedy as ours,” said Karen Wells and Andre Locke, parents of Amir Locke. “While the Amir Locke End Deadly No-Knock Warrants Act is not a complete ban, we support all efforts to restrict this dangerous and deadly practice to save even one other innocent life, and to hold law enforcement accountable when the service of warrants goes terribly wrong.”

According to Maritza Perez of the Drug Policy Alliance, who has endorsed the bill, it is the most far-reaching legislation that has ever been introduced in Congress to prevent fatal no-knock raids. 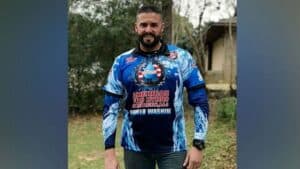