The team is composed of athletes from Syria, South Sudan, Eritrea, Afghanistan, and Iran. During the ceremony, they’ll march second to Greece with the Olympic flag.

The athletes will compete in badminton, boxing, canoeing, cycling, judo, karate, taekwondo, the sport of shooting, swimming, weightlifting, wrestling, and athletics. They are identified by the name EOR for the French title équipe olympique des réfugiés.

Last week, Tegla Loroupe, the head of the team, tested positive for COVID-19. This delayed the team’s departure from their training camp in Qatar.

The International Olympic Committee debuted the first refugee team at the Rio Olympics in 2016. In a press release before that year’s games, the IOC said that the “ten refugee athletes will act as a symbol of hope for refugees worldwide and bring global attention to the magnitude of the refugee crisis.”

“From being touted as a one-off event for the 2016 Games amid a swelling of refugees emerging from the Middle East and nations including Eritrea and Somalia, the program now appears increasingly permanent,” Time Magazine noted this summer.

The IOC set aside $3 million for the 2016 and 2020 teams via their Olympic Solidarity fund. Reportedly, the team receives an estimated $1,500 a month. Athletes get a few hundred dollars each to support their training.

In a statement on their website, the IOC said “Thanks to scholarships provided by the IOC through Olympic Solidarity, 56 promising refugee athletes from 13 countries have been training hard in the hope of making it to the Tokyo 2020 team. The 56 Refugee Athlete Scholarship-holders come from 21 host countries – Australia, Austria, Belgium, Brazil, Canada, Croatia, Egypt, France, Germany, Israel, Jordan, Kenya, Luxembourg, Portugal, the Netherlands, New Zealand, Trinidad and Tobago, Turkey, Sweden, Switzerland and the United Kingdom.”

A refugee team was not formed for the Pyeongchang 2018 Winter Games. 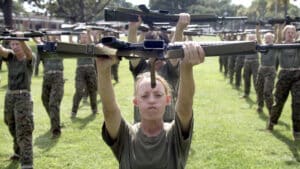