Rand Paul Clashes With Dr. Fauci, Vows 'There Will be Responsibility For Those Who Funded the Lab, Including Yourself'

Senator Dr. Rand Paul absolutely tore into Dr. Anthony Fauci during a hearing about our nation’s COVID response on Tuesday.

The explosive exchange took place during the Senate Health, Education, Labor & Pensions (HELP) Committee hearing after Senator Paul implied that Dr. Fauci had lied in his testimony before Congress.

Fauci had previously claimed that the National Institute for Allergy and Infectious Diseases (NIAID) had never funded gain-of-function research in China — which many believe may have been the source of the pandemic. However, Paul pulled up a paper on research about bat coronaviruses that showed money had indeed gone to funding the controversial research — and offered him the chance to retract his statement.

1) GOP KY Sen Paul to Fauci: Knowing that it is a crime to lie to Congress, do you wish to retract your statement of May 11, 2021? Do you still claim that NIH never funded gain of function research in Wuhan?

“I have never lied before the Congress, and I do not retract that statement,” Fauci said. He added that the research Paul referred to was “judged by qualified staff up and down the chain as not being gain of function.”

Paul interjected saying, “you take an animal virus and you increase its transmissibility to humans, you’re saying that’s not gain-of-function?”

“That is correct, and Senator Paul, you do not know what you are talking about, quite frankly, and I want to say that officially,” Fauci snapped.

The paper’s own definition of gain-of-function appears to back Paul’s statements. It is described as modifying and increasing the transmissibility of animal viruses to better study their effect on humans.

“You’re dancing around this because you’re trying to obscure responsibility,” Paul added

Things continued to escalate when the Kentucky Senator promised that people, including Fauci himself, will be held responsible for what happened.

Things just got tense between Senator @RandPaul and Dr. Fauci.

PAUL: "There will be responsibility for those who funded the lab, including yourself."

FAUCI: "I totally resent the lie that you are now propagating, Senator." pic.twitter.com/RZq3ESb9xM

“There will be responsibility for those who funded the lab, including yourself.” Rand Paul said.

“I totally resent the lie that you are now propagating, Senator.” Fauci retorted.

“You are implying that what we did was responsible for the deaths of individual[s], I totally resent that and if anybody is lying here, senator, it is you,” Fauci said. 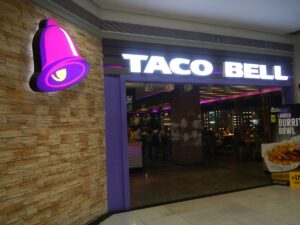