Blake Zavadsky and Ilan Kaganovich were assaulted last week after the attacker allegedly warned them they had “five seconds” to take off the hoodies.

Zavadsky said that the attacker called them “dirty Jews” and punched him in the face twice.

The assault is being investigated as a hate crime, but no arrests have been made at time of publishing.

The protest was organized by Republican New York City Councilwoman Inna Vernikov, who represents the district where the attack took place.

“This is what we ran from, this is why our families brought us to America and this is exactly what we’re seeing happening in this country again,” said Vernikov, according to a report from the Times of Israel. “We fled to this country for freedom, for safety, to be able to simply walk the streets and not be afraid to be a Jew, to wear whatever garments we want, to freely practice our religion. We will not be intimidated.”

The rally was met with counter protesters, who were also Jewish. They were there to disavow Zionism and Israel.

Elad Eliahu was on the scene and spoke to the victim, as well as demonstrators from both sides.

When asking the counter-protesters if it is okay to assault someone for wearing an IDF hoodie — most refused to answer or provided “no comment.” One opted to accuse the reporter of assault, which was of course, completely false. 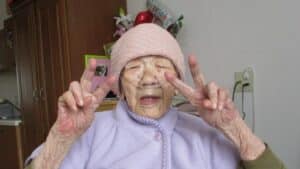