During a press conference, Tannehill confirmed he is in the middle of being vaccinated. He noted “the NFL has kind of made it clear what they want to happen. If you don’t fall in line, they’re going to make your life miserable with all the protocols.”

“I wouldn’t have gotten the vaccine without the protocols that they’re enforcing on us,” Tannehill said. “I think it’s a personal decision for everyone. Everyone has to make the best decision for them and their families. That’s kind of our mindset in this building. But they’re trying to force your hand, and they ultimately have forced a lot of hands by the protocols.”

According to Mediaite, “as of Tuesday, 85 percent of NFL players have reportedly received at least one dose of the Covid-19 vaccine, but a hesitancy lingers among the remaining 15 percent.”

He has been vocal about this choice not to get vaccinated even when his team pushed for all players to get the jab. He tweeted about his vaccination status in June.

In a statement read to reporters this week, Beasley said “The issue at hand is information being withheld from players in order for a player to be swayed in a direction he may not be comfortable with. When dealing with a player’s health and safety, there should be complete transparency regarding information that is vital in the decision-making process.”

He added: “Without having all the proper information, a player can feel misguided and unsure about a very personal choice. It makes a player feel unprotected and gives concerns about future topics regarding health and our ability to make educated decisions.”

Players who do not get vaccinated will be tested more daily for COVID-19 and face more restrictions on their activities in team facilities, including being barred from eating with their teammates.

“The NFL doesn’t plan to cancel any games during the upcoming season, and stadiums are expected to be at 100 percent capacity after no or limited fans in attendance last season,” per 49erwebzone.

While the League has not required players to get vaccinated, some reports indicate the organization gives players incentives to receive the vaccine, says The Washington Examiner. 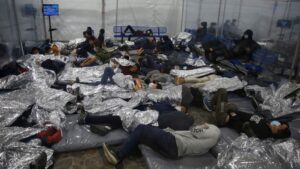