Photojournalist Danish Siddiqui has been killed by the Taliban in Afghanistan

Siddiqui was fatally caught in crossfire while on assignment with Afghan security forces in the border town of Spin Boldak on Friday morning.

Days before his death, Siddiqui had posted a thread of his photos along with short explanations about what was going on around him at the time.

“I could feel the tension in the air as ASF were expecting an imminent attack from the Taliban. There was sporadic machine-gun fire but all hell broke loose as the Humvees reached the extraction point,” Siddiqui wrote.

The objective was to extract a wounded policeman trapped by Taliban insurgents on the outskirts of Kandahar city for the last 18 hours. The particular district is contested between the government and the Taliban. pic.twitter.com/97WUTtb8Ze

Rocket propelled grenades (RPG) and other heavy weapon were used by the Taliban against the convoy resulting in the destruction of 3 Humvees. Gunners atop the Humvees swivelled wildly, aiming fire at suspected Taliban fighters who were hard to see. pic.twitter.com/tLppGPrcfL

Siddiqui wrote about the experience in a story for Reuters that was published on Tuesday.

“The hilltop position afforded a sense of calm, and a serene view of the sprawling, low-rise city below. Kandahar is once again contested, along with much of the rest of Afghanistan,” his article concluded.

Prior to his death, Siddiqui told Reuters that he had been hit in the arm with shrapnel during a fight between the two groups, but that he was being treated, and that the Taliban had left.

“The Afghan commando said Siddiqui was talking to shopkeepers when the group attacked again, killing him,” the Guardian reports.

Reuters has announced that they are “urgently seeking more information” about his death.

“Danish was an outstanding journalist, a devoted husband and father, and a much-loved colleague. Our thoughts are with his family at this terrible time,” Reuters president Michael Friedenberg and editor-in-chief Alessandra Galloni said in a statement.

The United Nations Assistance Mission in Afghanistan (UNAMA) has also called for an investigation, tweeting that his death is a “painful reminder of mounting dangers faced by media in Afghanistan. Authorities must investigate this & all killing of reporters”

Media working in #Afghanistan & journalism itself in the country is under increasing threat. Our deep condolences to family & friends of @dansiddiqi. A painful reminder of mounting dangers faced by media in Afghanistan. Authorities must investigate this & all killing of reporters https://t.co/GGMM7pIzXr

Siddiqui won a Pulitzer in 2018 for his work documenting the Rohingya crisis. The Guardian reports that his assignments at Reuters also included covering the wars in Afghanistan and Iraq, the Hong Kong protests and earthquakes in Nepal.

“Danish was a lovely man. When he returned from assignments to the bureau, reporters greeted him like a rock star, which he really was. He was just different. News wasn’t just news for him. He saw the people behind it, and wanted to make you feel,”  his former colleague Rahul Bhatia wrote. “This one time he wanted to travel around India to shoot portraits of grieving Muslims, and when you looked closely at the pixels, you’d see each face was made of a thousand other grieving faces. He really cared.”

The Committee to Protect Journalists has documented over 50 journalists that have died in Afghanistan since 2001. 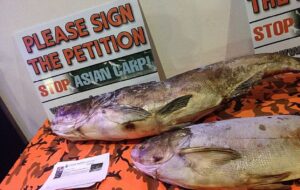