The U.S. Fish and Wildlife Service is renaming fish over "racism" concerns

The fish being targeted for name change are four species that are collectively known as “Asian carp.” The name, of course, is because the invasive species were brought to the United States from China.

“We wanted to move away from any terms that cast Asian culture and people in a negative light,” Charlie Wooley, director of the U.S. Fish and Wildlife Service Great Lakes regional office told NBC News.

NBC reports that the change was sparked after “an Asian business delegation arriving at the Minneapolis airport encountered a sign reading ‘Kill Asian Carp.’ It was a well-intentioned plea to prevent spread of the invasive fish. But the message was off-putting to the visitors.”

News of the sign triggered Sen. Foung Hawj into action.

In 2014, he and Sen. John Hoffman passed a measure requiring Minnesota agencies to refer to the fish as “invasive carp” instead. The effort was brutally mocked by the late Rush Limbaugh and other conservative commentators.

“I had more hate mail than you could shake a stick at,” Hoffman said.

Asian carp were brought here approximately 50 years ago to clean algae, weeds and parasites from sewage and aquaculture ponds in the South.

The U.S. Fish and Wildlife Service quietly changed the name in April and the Asian Carp Regional Coordinating Committee will follow suit on August 2.

An official name has not yet been decided, as “invasive carp” has still been deemed to be imprecise.

Meanwhile, it is not just fish that are being cancelled.

As Timcast previously reported, Gypsy moths and ants are also being renamed as part of the Entomological Society of America’s Better Common Names Project — which seeks to get rid of terms that may be offensive in insect names.

The moth will now go by their scientific name “lymantria dispar” and the ant must be referred to as “aphaenogaster araneoides.”

The madness will not stop there. The ESA is now asking the public to help them find things that people might be outraged about, so that they can change those names too. 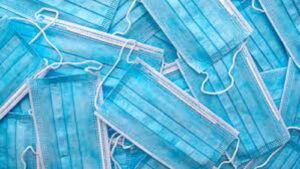