Puberty Blocker Prescriptions For Children Have Doubled Since 2017

Prescriptions for puberty-blocking drugs for children and adolescents has doubled since 2017 as diagnoses of gender dysphoria have become more prevalent throughout the U.S.

Data compiled by Komodo Health, an analytics company monitoring health insurance claims to private and public healthcare providers, there were 1,390 puberty blocker prescriptions for children between six and 17 in 2021, according to a new report from Dailymail.

“Puberty blockers are medications that we give to kids to pause puberty,” says pediatric endocrinologist Julia Cartaya, MD. “The medicine usually contains gonadotropin-releasing hormone (GnRH) analogs, which is a hormone your body makes naturally. It’s considered the master puberty hormone and the body produces it in cycles.”

“Puberty blockers delay the onset of secondary sexual characteristics, such as facial hair, and a deeper voice in boys,” which some doctors argue gives patients more time to consider if they want to continue “with transgender care, before their body matures into a sex that does not align with their gender identity,” Dailymail explained.

While proponents of gender reassignment procedures for children argue that puberty blockers are safe and reversible, critics point to the dangers associated with some puberty blocking drugs.

One such drug is Lupron, which, according to data from the U.S. Food and Drug Administration (FDA), was responsible for more than 41,000 adverse events, including 6,379 deaths and 25,645 “serious” reactions in patients.

A separate report from the American Heart Association found that patients receiving hormone therapy “as part of their gender-transition treatment had an elevated risk for cardiovascular events, including strokes, heart attacks and blood clots.”

Some doctors and medical experts attribute the spike in gender transition treatments to doctors who perform the procedures having a large financial incentive. A biological female undergoing an operation to become male can cost between $150,000 and $200,000, while the cost for a male-to-female operation ranges from 80,000 to $100,000, according to RT, which noted those prices are only the costs for initial operations.

“Big pharma, big hospital systems, surgical centers and doctors seek to gain huge profits. Lupron [a puberty blocker prescribed to children] monthly is $775 alone. That’s a $27,000 ‘pause button’ at 5 years [of age],” RT quoted Dr. Michael Laidlaw, a physician board certified in Endocrinology, as saying. “Multiply this together with the huge rise in cases documented or observed in Western nations and a major windfall is to be had.” 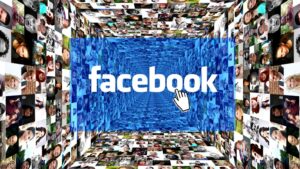