A citywide tactical alert was issued in Los Angeles on Tuesday evening as pro-abortion activists clashed with police and smashed a Department of Homeland Security vehicle.

The Los Angeles Police Department said that the activists were throwing rocks and bottles at law enforcement. At least one officer was injured.

Earlier in the day, a crowd of approximately 250 people marched through downtown Los Angeles to Pershing Square, where activists gave speeches and remained largely peaceful. The protest was in response to a leaked Supreme Court draft opinion that would overturn Roe v. Wade.

“We hold that Roe and Casey must be overruled,” Justice Samuel Alito wrote in the document. “It is time to heed the Constitution and return the issue of abortion to the people’s elected representatives.”

The unprecedented leak sparked protests across the nation, beginning in DC outside the Supreme Court.

Speakers are lining up to share their experiences and feelings regarding abortion in front of the courthouse. #SCOTUS #abortion pic.twitter.com/JbCLZo530M

“No more shame, no more silence. Forced motherhood is fascist violence,” the protesters could be heard chanting.

Once it was dark outside, the situation escalated significantly as the protesters grew increasingly confrontational with police.

“A group of protestors began to take the intersection. Officers attempted to communicate, clear and provide dispersal order to the group. The crowd began to throw rocks & bottles at officers. One officer injured (unknown extent). Citywide tactical alert has been declared,” the LAPD tweeted just after 9:30 p.m. local time.

Update: A group of protestors began to take the intersection. Officers attempted to communicate, clear and provide dispersal order to the group. The crowd began to throw rocks & bottles at officers. One officer injured (unknown extent). Citywide tactical alert has been declared.

The Department of Homeland Security was present alongside the LAPD — an unusual sight for a protest in Los Angeles. Activists smashed the windows on at least one of the department’s vehicles.

This is just the beginning unfortunately

Group of a few dozen protesters roaming around streets near City Hall. One amongst them just smashed out the window of a cop car parked near Grand Park. Others tagged a bus stop with “Google LASD gangs.” pic.twitter.com/iEX5vlaVGM

Some of the protestors and police have clashed. pic.twitter.com/9YyyQvx6uU

As police attempted to make arrests they were mobbed by the crowd.

LAPD attempted to make an arrest but were mobbed by rioters pic.twitter.com/dtNsfsf1oA

Windows were also smashed at nearby businesses, including Planet Fitness.

Pro-abortion activists claim that protesters were “brutalized by police.”

“I’m at a loss for words when it comes to what I just witnessed. This is a clip of LAPD with the help of DHS brutalizing abortion rights activists. Will speak more later & post additional footage,” an activist using the name Jess Raye Rogers tweeted along with clips of police clashing with the protesters.

The situation appeared to be under control and the crowd mostly-cleared by 11 p.m. local time.

Abortions in California are unlikely to be impacted even if Roe is overturned, as it is one of the least restrictive states in the nation regarding the procedure.

Following the leaked draft, California Governor Gavin Newsom released a statement declaring that it was an “appalling attack on the rights of women.”

“This draft opinion is an appalling attack on the rights of women across this country and if it stands, it will destroy lives and put countless women in danger,” Newsom wrote in his statement on Monday. “It will be the end of fundamental constitutional rights that American women have had for nearly 50 years.”

“We have a Supreme Court that does not value the rights of women, and a political minority that will stop at nothing to take those rights away,” he continued. “This won’t stop with choice and the right to privacy. They are undermining progress, and erasing the civil protections and rights so many have fought for over the last half-century.”

NEW: We are proposing an amendment to enshrine the right to choose in the California constitution.

We can’t trust SCOTUS to protect the right to abortion, so we’ll do it ourselves.

In a subsequent tweet, Newsom said that “We are proposing an amendment to enshrine the right to choose in the California constitution. We can’t trust SCOTUS to protect the right to abortion, so we’ll do it ourselves. Women will remain protected here.” 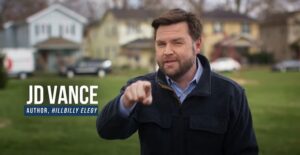