The address comes amid surge in the Omicron variant nationwide, becoming the dominant strain as of Monday

The president is set to address the nation Tuesday, just hours after the Centers for Disease Control and Prevention (CDC) announced that the Omicron variant is now the dominant strain of the coronavirus in the United States.

The address follows the news of the first death of a 50-year-old man in Houston, Texas as a result of the Omicron variant

The President took to Twitter late Tuesday in a thread giving a short preview of Tuesday’s address, stopping short of the previous statements suggesting certain death for the unvaccinated.

Folks, Omicron cases are on the rise in the United States. I want to give you all a sense of where we are and what we know.

As of last week, schools have begun to shift to remote learning, restaurants are closing and public events are once again being canceled. Broadway shows in New York City and the Rockettes’ Christmas Spectacular shows are also being canceled. The National Hockey League announced a pause to its season as well.

Officials said the administration would ensure that states and hospitals across the country have the resources they need as they face rising Omicron cases. The President is set to mobilize 1,000 members of the military to deploy to overburdened hospitals in January and February. They will also utilize FEMA to help hospital planners assess further needs.

Officials also highlighted access to millions of high-quality masks, billions of gloves and thousands of ventilators across the United States.

The president is also set to announce Tuesday the administration’s expanded access to testing through new federal testing sites across the nation.

The Biden administration will purchase half a billion rapid tests to give to Americans free of charge.

The president is also expected to announce expanded efforts to get Americans vaccinated. Officials said FEMA would create pop-up vaccination clinics and deploy hundreds of additional federal employees who will add thousands of appointments for vaccines each week. 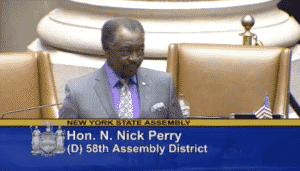