The Human Rights Campaign has voted to oust their first black president after he refused to step down for advising disgraced New York Governor Andrew Cuomo during his sexual harassment scandal.

The LGBTQ organization voted to remove Alphonso David from his position on Monday evening.

David had said that he refused to step down willingly.

In a statement released after the vote, Morgan Cox and Jodie Patterson, co-chairs of the board, said that there had been an investigation prior to his termination.

The organization also blasted David for a statement he posted to Twitter on Sunday, which they said “included significant untruths about the investigation and his status with the organization.”

David had said that the organization should “expect a legal challenge” and that they were “unjustly” providing “notice of termination to me in order to end my fight for the integrity of the review process.”

The HRC statement continued on to say that “Joni Madison, the current Chief Operating Officer and Chief Staff of the HRC, will serve as Interim President, effective immediately, while the Boards engage in a search to fill the position. During this interim period, Jodie Patterson and Morgan Cox, as Chairs of the Boards and of the Executive Committees, will closely partner with Joni to provide assistance and support, including with outward facing engagement with our members, volunteers, donors and supporters and other key stakeholders.” 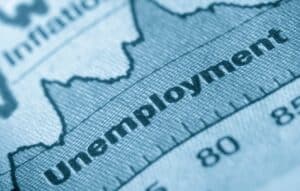 Pandemic Unemployment Benefits Come to an End for 7 Million Americans